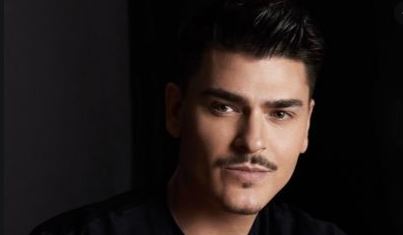 Mario Dedivanovic is an American Make up artist who has spent almost 20 years in his profession. He is an ambassador of Anastasia Beverly Hills. Moreover, he is featured in the T.V show Glam Masters. He is also famous for being a personal make artist of Kim Kardashian West.

Born on 1 October 1983, Mario grew up in The Bronx, New York, and is an Albanian from Montenegro. A child of immigrant parents, he was born along with three of his other siblings. Among them, his mother and sister Marina have been helping him out with Master Class from time to time.

One of the famous makeup artist Mario seems to be leading a single life as per 2020. There are no reliable sources to give concrete specifications regarding his present partner or relationship. Moreover, so far, his name is linked with anyone, so we assume that he is dating nobody.

Mario Dedivanivc is active in all other the internet. As well as he frequently posts his day to day life on his Instagram profile. But, there is no single picture to give a sense that he is dating somebody. Or maybe he prefers to stay silent regarding his personal life. Did you know his sexuality? Scroll down to know.

The very close mate of Kim Kardashian,  Mario Dedivanovic, is gay. He has openly confessed that his sexual orientation is gay. He has kept secret about his original identity. After spending decades in the makeup field, he finally revealed that he is a homosexual.

Mario Dedivanovic Speaks Out For The First Time For Being Gay!

Mario has almost kept this secret until he turned 37 years old. He was scared of being judge by society. His emotional speech came out when he was attending the American Influencer Awards. And Mario was on stage to accept the Artist Achievement Award.

Kim Karenina, his close friend, honor him with the award. While accepting his honor, he stated that,

'Little boys and girls around the world are growing up with misery and anxiety-like I did, dreaming about hurting themselves every single day as I did,' Mario said in tears. 'Because they're special and they're scared to be themselves, so they're influenced by their society or their families.'

No surprise, his speech came out at the right time at the right place. Moreover, he got support from his fans as well as his famous and influential celebrity friends. Scroll down to know his net worth.

How Much is He Worth?

Mario, as a renowned make-up artist, visits different countries conducting masterclasses. And he is the makeup artist of several high-profile celebrities including Beyonce, Kate Bosworth, and Ariana Grande, etc. Therefore regarding his client, he must be earning enormous wealth as a makeup artist just like Ralph Cirella.

Meanwhile, .according to internet tabloids, his net worth is $15 million. However, he has not officially come up with an exact number of earnings. While Collaboration with Anastasia Beverly Hills, he has been identified as the Master Palette. And working as Master Palette, he should have received salary in six-digit similarly as Kimber Eastwood.

He is most famous for launching a brad with Kim Kardashian Multi-million company. Mario and Kim have launched  KKWxMario, the eyeshadow palette. So perhaps he is generating thousands of dollars from his business venture. Additionally, Mario owns a 1,700 sqft penthouse on the Upper East Side of New York City.