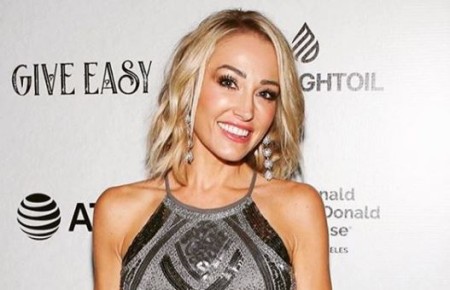 If you have watched Netflix's reality television series, 'Selling Sunset,' then you must be familiar with Mary Fitzgerald. She is one of the real estate agents working on the series that follows the personal lives of realtors working at The Oppenheim Group. Mary and her husband became quite popular among the fans as a perfect couple.

Let's know about Mary and her personal life. She was born on July 29, 1980, in Indiana, the United States. Mary is 40 years old as of 2020. She is a graduate student of Ball State University.

Who is Mary Fitzgerald Husband?

The reality tv star is a married woman. She exchanged her wedding vows with Romain Bonnet. Their wedding ceremony took place in an intimate ceremony at a private Los Angeles residence on October 12, 2019.

Fitzgerald walked down the aisle in Christian Louboutin heels and a Floravere gown, while Bonnet wore Sebastian Cruz Couture. Around 80 guests were present at their wedding, including Selling Sunset costars Chrishell Stause, Heather Young, Christine Quinn, and Maya Vander.

Romain Bonnet is a French model and is represented by the Wilhelmina agencies in both New York and Los Angeles. He also works as a project manager and remodels houses in the Hollywood Hills. Romain made his appearance in the first season of Selling Sunset as Mary's boyfriend. He later became one of the core cast members in the second season. The couple appeared in the third season as well.

How did they meet?

The reality star and her partner first met in 2017. Mary revealed that she met Romain through a client as his boss was moving some French pastry chefs to the area. She helped him find a place to stay, and they became friends.

Just after a year of meeting, Mary and Romain secretly married in 2018. Yes, the couple had legally married as per TMZ on March 9, 2018, at the Ventura Courthouse in California.

Past Marriages and First Husband's Death

Mary was twice married before she met her current spouse. In the series, Mary said: "I’ve been married twice before. My first husband passed away, and my second husband, it just didn’t work out. It wasn’t the right relationship.”

Mary had divorced her second husband just four months before her third marriage to Romain. She has never revealed how her first husband died.

Romain is just a few years older than Mary's Son

The handsome hunk and the realtor has 14 years age gap. As mentioned, Mary was previously married, and she also has a grown son named Austin. She gave birth to him at 16 and raised him as a single mum.

Romain's age is 26 years old, and he is just four years older than Austin. However, Mary revealed that the boys had developed a healthy friendship. Talking about having more kids, Romain announced he wanted to have children within the next five to 10 years, but Mary is holding back for now.

There is no exact information on Fitzgerald's net worth, but as per some sources, she might have an estimated net worth of $1 million. Mary, as a real estate agent, has over ten years of working experience. She is a reality television star as well. Kimberly Quaid, a reality star and real estate agent has a similar fortune.

Mary and her costars in Selling Sunset have revealed that they don't actually get paid on a salary basis. As they work in real estate, the casts earn from their commissions. The amount can range from hundreds of dollars to millions.

Mary Fitzgerald spent many years living in New York and London, where she received valuable real estate experience, including working for the Candy Brothers at their London headquarters, involved on such notable projects such as 1 Hyde Park.