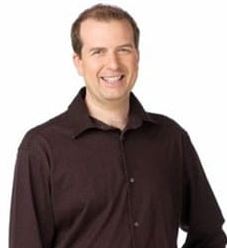 American TV personality Matt Moline is one of the highlighted personalities in the show business. He is popularly known as the ex-husband of the famous comedy queen, Kathy Griffin. He is known for his work on Kathy Griffin: My Life on the D-List, The Oh-Malleys in Daddy's My Mercedes and Kathy Griffin: allegedly.

Matt was born on December 18, 1970, in Washington, the USA on the birth name Matthew Hall Moline. He was raised in Washington alongside brother Rebecca Moline who is a producer for various TV series and films. Let's take a tour regarding his personal details.

Is Matt Moline dating anyone currently?

Though being one of the popular celebrity ex-husbands he loves to keep his personal details very much private. There are very least of information regarding Matt due to his nature of privacy.

However, looking through his day to day life it has been confirmed that forty-nine-years-old is currently single and hasn't been involved in other relationship stunts.

As of now he is living in Los Angeles, California and is very much deeply focused on his career. Further, there is no information regarding his relationship and affairs it might be because to avoid negative publicity and rumors.

The reality star, Kathy Griffin and Matt's love life started back in 2000 and were Hollywood's known celebrity couple. After dating for over a year the pair tied their nuptial knots on 18th February 2001 at the top of the 360 Degree Restaurant in Hollywood. It was a grand celebration were many known celebrities and newlyweds families were seen there to greet the couple.

However, their marital life wasn't as good as their relationship. Just after five years of their wedding the pair finally divorced in May 2006 due to lack of intimacy. Though the ex-couple were very good friends before their marriage which all ended up like a blink of an eye after their divorce.

On the various shows, Kathy publicly admitted that Matt stole $72,000 from her. My ex-husband, without my knowledge, was sneaking into my wallet when I was asleep in the mornings and taking the ATM cards of my own private accounts and with drawing money.

How rich is Matt Moline? Net worth and salary details

Matt's net worth hasn't been estimated yet officially however, it is believed to be over $500,000. He has gathered all of his fortunes throughout his career. As various internet tabloids have confirmed that he is an Executive Director who has managed a $5 Million IT annual operating budget and oversaw nearly $12 Million in annual capital expenses and many more.

As an Executive Director he is earning over $110,000 annually only in the salary. Further, his ex-wife is famous comedian and has total net worth of $30 Million. From her three-decades-long career she has gathered $75 Million as a remuneration only.

As of now, Matt is living a low-life key while his ex-wife, Kathy is living a lavish lifestyle in a luxurious way alongside her current husband, Randy Bick.