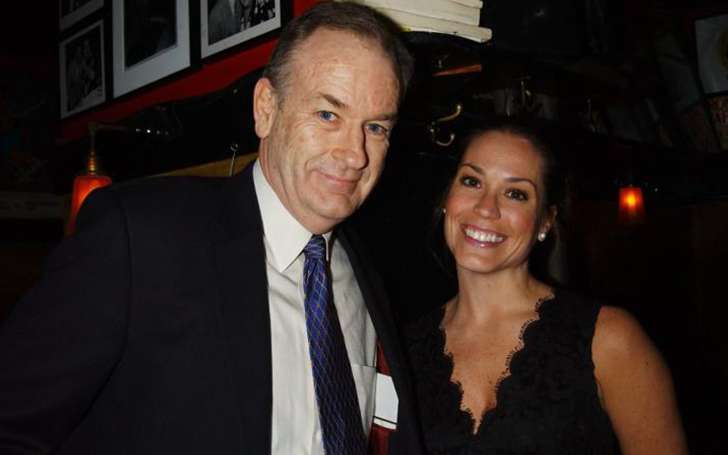 Maureen E. McPhilmy is an American public relation executive and former wife of American television host Bill O'Reilly. She came into limelight after she filed a complaint against her husband for physically and sexually abusing her.

McPhilmy was born on May 3, 1966, in Chittenango, New York, U.S.A. She holds American nationality and belongs to White ethnicity/race.

Maureen is secretly married to New York Police Detective, Jeffery Gross at a private ceremony among their closed friends and family members. As a matter of fact, both of was married to their previous partners before tying the knot.

Gross was in a marital relationship with Kathleen Mcbride, who passed away due to cervical cancer. Moreover, Gross has two teenage children from his previous marriage.

As of now, the husband and wife duo is living happily with their kids in Manhasset, New York.

Past Marriage to Bill O'Reilly

McPhilmy was previously married to Bill O'Reilly. She met Bill in 1992 in New York where he was working as a host for the T.V. show A Current Affair.

The two dated for four years, ultimately tying the knot in 1996 in a lavish manner at St Brigid Parish in West bury. The couple was blessed with a daughter Madeline in 1998 and a son Spencer in 2003.

Soon the marriage started falling apart when McPhilmy filed a case of violence against Bill. They officially got divorced on September 1, 2011.

Bill physically as well as sexually assaulted her. He even dragged her down a staircase by her neck. The assault was carried at their home in New York. Maureen even claimed that Bill had an affair with numerous women.

According to Maureen, Bill was neither a good husband nor a good father. This came to be true when their daughter publicly accepted her father's behavior.

Maureen has also got a handsome amount of alimony from her ex-husband. Later, Billy field a lawsuit against his wife of $10 million accusing cheating on him while they are still married, but it remains unsealed.

McPhilmy's father worked in the local market, and her mother was a gardener. When she was just six, her parents divorced. She studied in a local school, ultimately earning a graduate degree.

Maureen also worked as a waitress in a restaurant in her early life. In 1992, she quit her job and started working in the Public Relations field, where she worked as a manager, handling communication and strategy between the organization and the public. Here she met her future husband, Bill.