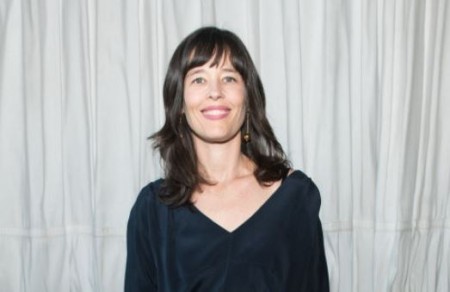 Among the few fearless and prominent journalists, Megan Twohey is a name we should not forget. She is an American journalist who joined The New York Times as an investigative reporter in 2016. Since then, Megan has investigated several cases of exploitation among women and children. She, along with a New York Times reporter, broke the story of sexual allegations against former film producer Harvey Weinstein.

Megan hasn't revealed her actual birthdate, but she might in her early or mid-40s.  Megan and her partner, Jodi Kantor, received the 2018 Pulitzer Prize for Public Service. Their story led the #MeToo movement to be viral on social media. Additionally, more than 80 women publicly accused Weinstein of sexual harassment. Now, let's know some personal information about Twohey.

Megan was born in Evanston, Illinois, the United States. She graduated from Evanston Township High School in 1994 and Georgetown University in 1998.

Her parents worked in news media. Megan's mother, Mary Jane Twohey, was a producer for television news. Meanwhile, her father, John Twohey, was an editor for the Chicago Tribune.

Who is Megan Twohey's Husband?

One of the well-known reporters, Megan Twohey, has been married to a literary agent, Jim Rutman. There is not much information about when they began a relationship. However, as per a wedding registry site, the couple exchanged their wedding vows on June 12, 2016. Megan and Jim have been together for over four years as of 2020.

The couple shares a daughter named Mira Twohey Rutman, who was born right after Megan's investigation on Harvey Weinstein. Therefore, she was born around October 2017. Now let's know about Megan's husband.

Jim Rutman has been working as a literary agent at Sterling Lord Literistic since 1998. He represents diverse authors and focuses on journalism and investigative reporting.  His family was Jewish refugees who moved to Cleveland in 1980 from the USSR.

The former Chicago Tribune reporter, Megan Twohey, has a net worth of $5 million as of 2020. She earns an annual salary of over $150,000 as an investigative reporter at The New York Times. On average, the reporters' income ranges somewhere between $45,000-$190,000. Therefore, Megan receives a pleasing earning from her career. Another New York Times reporter, Nikole Hannah-Jones, also has a similar net worth.

Besides reporting, Twohey is an author as well. Her book, She Said, was the New York Times best-selling books. Apart from earning a decent income, Megan's investigations has helped to establish new laws aimed at protecting women and children.

Megan was inspired to become a journalist as she thinks reporters have the power to bring justice to the unheard voices. Hence, she was determined to expose wealthy and powerful sexual predators. She has published a series of articles about exploitive doctors who were convicted of sex crimes.

Watch Megan and Jodi discussing their book She Said on The Late Show with Stephen Colbert!

Megan's most ground-breaking reporting was that of Harvey Weinstein. In October 2017, Megan and Jodi published a story about sexual allegations against Weinstein. Afterward, the #MeToo movement became viral on social media.

For their story on Weinstein, Megan and Jodi received the 2018 Pulitzer Prize for Public Service. Additionally, they were named Time magazine's 100 most influential people of the year. Previously, Twohey was a finalist for the Pulitzer Prize for Investigative Reporting in 2014.

In 2018, Twohey and Kanto received the Gerald Loeb Award for Investigative business journalism.