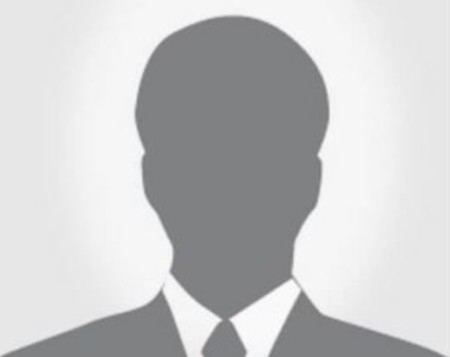 Mel Metcalfe is an American sound engineer and film producer, well known for his work in movies such as Beauty and the Beast, Star Trek IV: The Voyage Home, and more to mention. Further, he is also best recognized as the ex-husband of Portia de Rossi, who is currently the wife of a very popular comedian and TV host, Ellen DeGeneres.

Metcalfe was born in the United States of America, where another filmmaker Christina Schwarzenegger was born. Born to his American parents, he is of White ethnicity and holds an American nationality.

The multi-talented film and music producer Mel's ex-wife was Portia de Rossi. She is a well known Australian-American model, actress, and philanthropist. They exchanged their wedding vows in 1996 among their family members and closed ones. So, how long they stayed together as husband and wife?

Well, Mel and his former wife, Portia, decided to split after three years of their weddings. Portia also revealed that her marriage to Metcalfe was an initial plan to get a green card. Also, she was terrified of being exposed as a lesbian. But that wasn't the real reason for their divorce. Scroll down to know.

Portia revealed in her memoir, 'Unbearable Lightness: A Story of Loss and Gain,' that her ex-husband Mel left her in a tragic situation. He went on to marry Renee Kappos, who was then the wife of Portia's older brother.

''When my husband left me, my brother moved in to my place... My husband ran off with his wife, so we kept each other company and we liked to go out for margaritas and Mexican food to commiserate.”

As of now, Mel and his second wife Renee are staying together happily, and there is no further information about the couple. They preferred to live a low-key life.

After the divorce with Mel, Portia stayed single for a long-time as she was having a hard time identifying her sexuality. Finally, in 2004 she found herself attracted to a lovely woman named, Ellen DeGeneres who would later become her partner.

After dating for over three years, Portia and Ellen tied their wedding knot on 16th August 2008. The wedding ceremony took place at their Beverly Hills Home with only 17 guests, including their family closed ones.

The same year, Rossi and her partner DeGeneres became vegans; however, Ellen later said that she is no longer vegan. The pair has also adopted many rescue animals.

Metcalfe, as a sound engineer and documentary filmmaker, has a net worth of $2 million. His net worth is a bit less than another filmmaker Anthony Head.

To date, Mel has worked in numerous movies and series, which adds up to his current net worth. As per some sources, the average salary of a sound engineer ranges from $31,070 to $70,360. Hence, we can assume the yearly wage of Mel.