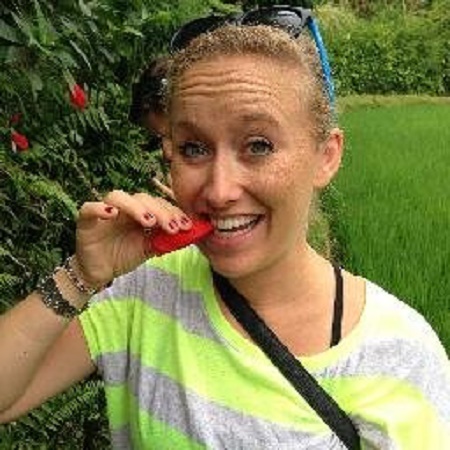 Did you watch the American drama television series Yellowstone 's Season 2 finale on the Paramount Network? If yes then might be seen a whole episode which was dedicated in the memory of late Melanie Olmstead. She worked in Film & TV Productions in Utah as a driver. She was also a passionate advocate who especially supported related to animals.

She was born on November 15, 1968, in Salt Lake City, Utah, USA. She was adopted by a former military vet, Reid Howard, and his wife, Janet Corbridge. But her mother Janet died in 1979 then her father went to marry his second wife, Loa Rose Hanson, who died in 2016. So far, she holds American citizenship while ethnicity is unknown.

She was A Married Woman

Yes, you have read that correctly. Melanie was in a happy and healthy conjugal relationship with her longterm partner whose name is Annalise Ford.

The couple exchanged their wedding bows on December 31, 2015, in a very intimate ceremony. But not much known about their marriage details and the first meeting on the media. As per some sources, Olmstead was dealing with family problems for a long time which affected her mental health.

The matter is whatever the married duo Melanie and Ford shared their delightful partnership until her death on May 25, 2019. In addition, they did not share any biological children together.

What is the Reason Behind Her Death?

In the meanwhile, there is no exact clue behind late Melanie 's demise in the media. However, some sources claim that her death was obscure causes.

Olmstead who studied acting at Westminster College left the world on May 25, 2019, in Salt Lake City, Utah. During her death time, she was just 50 years old.

Her Memory Was Honored by Yellowstone

Yes, in the closing moments of the Yellowstone Season 2 final, the show was dedicated to her with a title card. Many people thought she was the actress of the series after an emotional tribute. But that was not the same case.

Melanie was a crew member who worked on a variety of Utah-based productions. She has served in Yellowstone movies and shows in both Montana and as well as Utah. Her credits include Hereditary, John Carter, and Andi Mack.

Not only Yellowstone but also her one friend shared the tribute post with a picture of her horse riding in her event of life. She wrote,

"Celebration of life for Melanie was amazing! Writers, Horsewomen, Artists, Theater, Film, cast, and crew peeps! Some I have known for 30 years! What beautiful souls! My Salt Lake family! Ride on, our beautiful Melanie Olmstead!.

However, there are no images available on the press of Melanie 's funeral. Because her family told people not to post any photos in her honor.

Net Worth and Earnings of Melanie Olmstead

Well, Melanie received a fair amount of money working in location management and transportation for a variety of Hollywood films. Meanwhile, her exact amount of net worth is still under investigation but is estimated at more than $300 thousand. In the same way, Farrah Fawcett is a late actor with the worth of $20 million.

Throughout her career, Olmstead worked as a driver for John Carter, Frozen, Good Joe Bell, Hereditary, Jackie & Ryan, Andi Mack (12 episodes), Snatchers (eight episodes), etc. Her total credits are 13 as per IMDB. Thus, she might have paid a good paycheck for her work.

Moreover, she also performed in 2000's film Primary Suspect as a location assistant. More to that, she served in both TV and film Productions in Utah.

If You're Fond of Reading, Then Visit MarriedCeleb !!! For More Entertaining Biographies & Articles