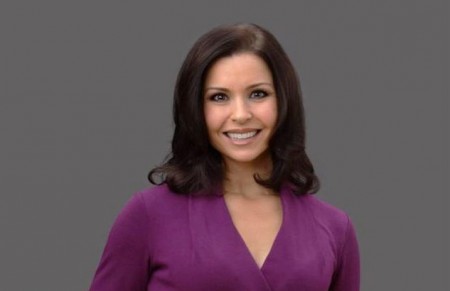 She made her debut on FOX 8 News in November 2006 and currently works on weekdays on FOX 8 News. She began her career at WTAP-TV in Parkersburg, WV before moving to WYTV ABC 33 in Youngstown.

Married to her Longtime Boyfriend

The beautiful meteorologist of FOX 8 News is a married woman. She tied the knot with her old-time boyfriend, Ryan Myers. The couple exchanged their wedding vows on September 20, 2014, in Northeast Ohio.

How Melissa's Husband proposed Her?

Melissa Mack announced the news of her engagement back in July 2014 on Fox 8 News. Many fans were shocked to know about her engagement.

Melissa herself was unaware of her lover's arrangement. Her now-husband surprised her with a mystery vacation before proposing on the turfs.

The lovely couple has been married for over five years as of 2019 and shares one child together. They reside in a beautiful house located in Cleveland, Ohio.

Mother to a Lovely Kid

Melissa mack Myers announced about her pregnancy during FOX 8 News at four on June 30, 2016. She and her husband, Ryan, welcomed their first baby, a son named Jett Myers on December 18, 2016, at 7 in the morning.

Jett who weighed in at 8 pounds, 12 ounces was 22 inches long during his birth. The family of three posted their first family Christmas picture on the Christmas Eve of 2016. Currently, Jett is three years old, and the family of three has a blissful.

Melissa is a dedicated weather reporter and is associated with one of the prestigious television station, Fox 8 News. She hasn't revealed her actual net worth in front of media, but her net worth is around $1 million. The primary source of her wealth is reporting the weather condition of Cleveland.

The graduate of Youngstown State University, Melissa has worked in a few major television stations as a journalist. Throughout her career, Mack has managed to amass a decent net worth. Further, the details about her properties is still a topic of gossip.

How much Melissa earns as a Meteorologist?

As an experienced meteorologist, Melissa earns an annual salary of over $46,000 from Fox 8 news. A few renowned female meteorologists like Lisa Villegas and Dylan Dreyer also have similar earnings.

As mentioned, the primary source of Mack's income is entirely her career as a meteorologist. She is still bustling her focus in the journalism field; hence her pay will increase in the coming days.

The above article aims to provide an insight into FOX 8 news' meteorologist, Melissa Mack. To know about your favorite star, please follow marriedceleb.com.