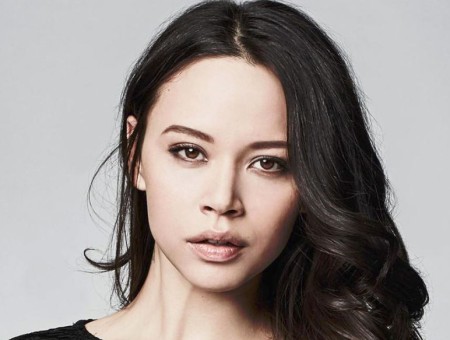 Canadian singer, Melissa O'Neil rose to fame after winning the 3rd season of Canadian Idol. She is also notable for her role as Rebecca in the mysterious adventure drama series, Dark Matter. She recently appeared as a guest on the talk show, The Marilyn Denis Show.

O'Neil was born as Melissa Crystal O'Neil on 12th July 1988 in Calgary, Alberta, Canada. Moreover, she is Canadian by her citizenship and belongs to a mixed ethnic background/race. So, is she married or she is dating? To know more in details about O'Neil's personal life, read the article till the end.

Dark Matter actress, O'Neil is romantically involved in a relationship with Daniel Birnbaum, who's the talent agent of Toronto Blue Jays. The duo started dating from 2012 and still maintains a strong bond.

Coming upto the couple's social life, Melissa is fond of sharing her day-to-day activities on Instagram but, Daniel keeps a distance from the eyes of the media. Recently, O'Neil posted a picture where Melissa wished her boyfriend a happy birthday on 30th June 2019 via Instagram.

The winner of Canadian Idol season 3, Melissa maintains a net worth of $1.5 Million as of 2019. Meanwhile, she earns a subsequent income from her profession. Likewise, the average salary of a singer is $68,339 per year in Canada, reported by Neuvoo. So, O'Neil's income might be similar to a Canadian singer. Similarly, her wealth is higher by a million than sixth season participant of Canadian Idol, Sebastian Pigott.

Check out the trailer of A Simple Favor

As an actress, O'Neil featured in a comedy thriller movie, A Simple Favor, which became a successful hit in the box office, gaining positive reviews from critics. The film earned $53.5 Million in North America and $44.1 Million in other territories, for a total of $97.6 Million with a $20 million production budget.

Loves to Possess a French Bulldog

Canadian actress, Melissa is an avid animal lover who keeps a pet dog, Tehya who's French Bulldog breed. She met the dog in 2012 when he was a cute puppy, but now he's become an adult dog.

Chases the Talent in the Field of Entertainment

The outstanding vocalist, Melissa first enrolled in the singing career, where she first audition in Canadian Idol of 3rd season in 2005. With her powerful performance, she amazed the judges and got selected for the next round. She further got her passion for the top 100 performance rounds and became the winner of Canadian Idol 3rd season.

Melissa later released her debut music album, Melissa O'Neil, which is certified as gold record sales in 2005. In her collection, she hit her first song, Alive in 2005, that turned out to be her first Platinum record. She also recorded two more songs, Let It Go and Speechless (2006).

Furthermore, O'Neil made her debut appearance in the 2010 film, Broken Hearts, where she acted as Brandi. She later starred as Portia Lin in the sci-fi series, Dark Matter, from 2015 to 2017. She also appeared in many TV shows, including iZombie, Condor, etc. Currently, she stars on the comedy-drama series, The Rookie, where Demetrius Grosse also guest appeared since 2018.