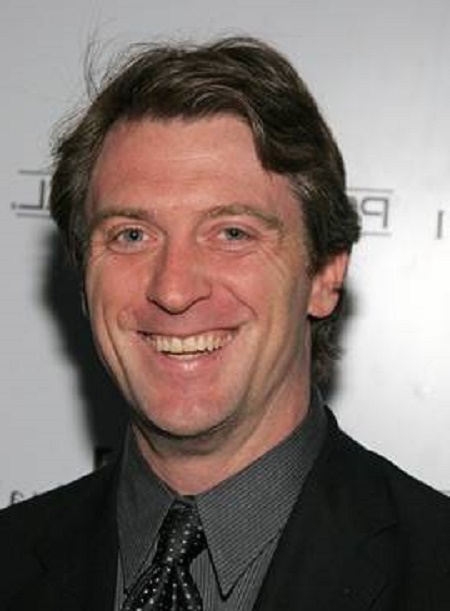 Michael Nilon is an American producer who has worked for Left Behind (2014),  USS Indianapolis: Men of Courage (2016), and Braven (2018). Now, he is the owner and talent manager for Stride Management. In addition to his own profession, he is widely famous as the ex-husband of Haitian–American actress Garcelle Beauvais who was born on November 26, 1966, in Saint-Marc, Haiti.

Michael Connor Nilon was born on May 1, 1967, in Philadelphia, Pennsylvania, United States. He holds American citizenship and belongs to White ethnicity. For his education, he studied at the private liberal arts college at Swarthmore College which is located in Pennsylvania. Likewise, his and actor, Billy Murray's grandmother are sisters.

As of now, Mike Nilon remains private when it comes to revealing his current love affairs to the media. However, he was previously in a conjual relationship with the popular star, Garcelle Beauvais. She is best known for her roles as Valerie Heywood in ABC drama, NYPD Blue, and as Francesca "Fancy" Monroe in The Jamie Foxx Show.

The exes spoused were married on May 12, 2001, at an intimate ceremony. Likewise, Likewise, it was Nilon's first wedding but second for the former model, Beauvais. Before Mike, the reality TV star was married to producer Daniel Saunders from 1991 to 2000.  They have a son, Oliver Saunders who was born in 1991.

From their union, the 5 ft 9 inches tall manager and Beauvais gave birth together to their twin sons Jax Joseph Nilon and Jaid Thomas Nilon on October 18, 2007. However, he and his now-estranged wife, Garcelle who is 53 years went through some infertility problems for over five years.

After almost nine years of marriage, the TV personality found her partner Mike has been having an extramarital affair for five years. Then she sent an email to some friends and colleagues at Mike's work, and the subject line was, "Tiger Woods/Jesse James/Mike Nilon."

According to the People  "What do they have in common … I found out today that MY husband of almost 9 yrs has been having an affair for 5 yrs with some slut in Chicago, the 1.75 m tall wrote, " I am devastated!!!! And I have been duped!! Our boys don't deserve this!". The mail was then leaked on the internet.

The Beverly Hills star 's Real Housewives filed the divorce document on 10 May 2010 citing irreconcilable differences. She also explained to the publication the same month that she had no regrets about sending the email to Nilon's CAA friends. "I was upset ... and no, I have no regrets," she told E! by the time.

Now, since the division, Nilon and Garcelle are cordial as well as co-parenting their 12-year-old twin boys Jax and Jaid. The 'RHOBH' Star also said that she is concentrating on her children at this moment and healing the pain saying "there will be no further comment."

Total Net Worth in Millions

Serving for Stride Management as a talent manager, Mike Nilon 's making a massive amount of money. Meanwhile, no reliable sources have revealed his exact amount of net worth but it is more than $500 Thousand. Before that, he used to work as a producer in works such as Left Behind, Braven, which adds a significant amount to his personal wealth.

Similarly, the US-based Nilon receives an average annual salary of around $56,819 as a Manager. On the other hand, his former partner, Garcelle Beauvais shares an impressive $8 million amount of net worth as of early 2020. She has earned her worth throughout her profession as an actor, singer, entrepreneur, and model.

Currently, she is starring as the main cast in an American Bravo's reality television series The Real Housewives of Beverly Hills that premiered on October 14, 2010. The show also consists of other cast members like Teddi Mellencamp, Kyle Richards, Sutton Stracke, Denise Richards, and few others.