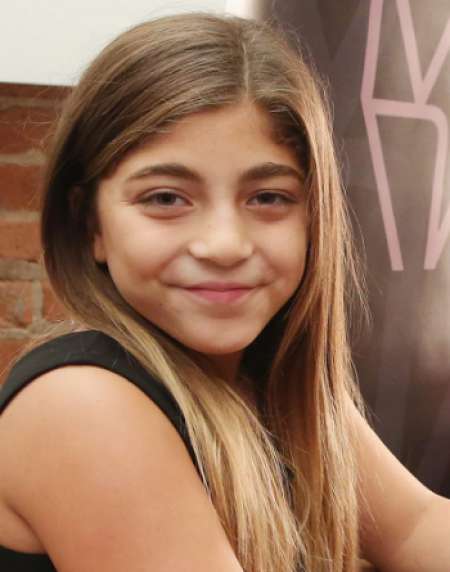 Who is Milania Giudice?

Milania Giudice is an American celebrity and media star who has garnered popularity due to her stint in the reality show Real Housewives of New Jersey. Recently, she released her song titled "I Can't Wait to Grow Up".

Milania Giudice was born on February 2 2006 in New Jersey, USA. She is of white racial identity and holds an American nationality.

She was born to father Joe Guidice and mother Teresa Giudice. Likewise, she has three other siblings Gia Giudice, Gabriella Giudice and Audriana Giudice.

Giudice is a well known celebrity kid from the reality series Real Housewives of New Jersey. Her popularity rose as a kid who appeared in a reality show alongside her mother, despite that, she was just three when the series started.

However, Milania entered into the rap scene with her first music in 2019. The hip hop title track garnered a huge popularity. Moreover, she might soon come out with her next title song.

Giudice comes from a celebrity family. She has grown up in presence of limelight. Her father Joe is a reality star as well as an entrepreneur where as mother Teresa is a well known media personality.

The Giudice family conspired mail fraud, wire fraud, false loan applicant and a bankruptcy fraud. This severely affected their presence in the limelight.

Unfortunately, her parents were sentenced to prison. Mother, Tersa Giudice spent a prison sentence of over 11 months under the charge of tax fraud. Further, she had to pay a fine of over $414,000. Likewise, her father, Joe was sentenced to 41 months in federal prison followed by potential deportation to Italy.

Besides, the sisters had a hard time when her mother went to the jail. Apart from that, the TV series ran despite their mother's absence. However, Milania has not disclosed anything about her affair.

Moreover, she has just stepped into her teenage. It seems that young Giudice is growing up busy with her school and life. We wish her all the best for her future career.

What Is Milania Giudice Net Worth?

Malinia comes from a wealthy family background. She has earned name and fame at a very tender age. Likewise, as a musician, Giudice has made a handsome amount.

Besides, the Guidice family lives in a multi million villa. They own some of the flashiest luxuries that money can afford. However, The Giudice family has a net worth of over $11 million.

They spend most of their time in vacation. Milania has also involved herself in brands and endorsements.

Giudice is a teenager, as of now she is growing up. She has an average height of a teenager. Likewise, she posses a blonde hair and her eyes are brown in color.

Milania like her sisters is very much active in her social media. She has garnered a fan base of over 24.3k in her Instagram page. However, her twitter handle has over 2 k followers. Instagram star Cash Baker has a good media presence despite his little age difference with Milania.