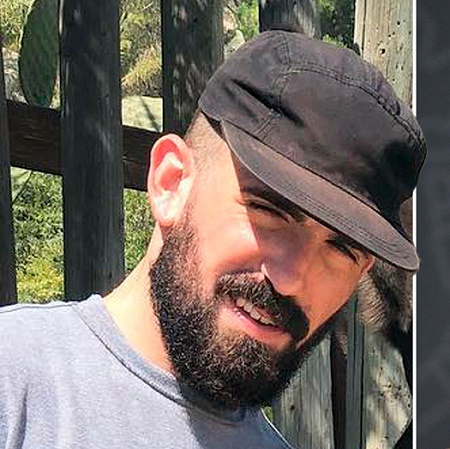 People are gaining attention in many fields, including the internet and the news media. But some are attracting people's attention because they are associated with big names in the entertainment industry. One name amongst them is Miles Skinner who became a popular personality when he got engaged to the American comedian, Whitney Cummings.

Now, he works in VICE Media as the group creative director. The celebrity fiance Miles was born on November 16, 1982, in New York, USA. So far, he is an American citizen and is of White Caucasian ethnicity. For his high school education, he attended the Parsons School of Design.

When Miles Got Engaged to Whitney?

The creative director and his girlfriend of about a year and a half, Whitney were engaged on September 4, 2018. Miles proposed Whitney on the eve of her birthday with a stunning round emerald-cut diamond.

At a horse ranch, the 6 feet 1 inch tall Miles bent on his one knee to propose her to makes it more beautiful. The creator of the sitcoms Whitney and Two Broke Girls shared their exciting moment through Instagram with the caption: "King just wants to eat the karats, with ring emoji.

Similarly, the lovebirds first met through a dating app in 2017. But, they have kept their romance relatively private. In Nov. 2017, the actress gushed over her newest affair with Skinner, on the show of Conan O’Brien. She said at that point, the two were dating for 10 months and she actually meeting him on the Internet.

Yes, the creative director of Virtue worldwide, Skinner, 37, and Cummings are no longer engaged. Now, after a year and a half later, they called off their engagement. The comedian, 37, announced that their wedding is off now.

The “Can I Touch It?” star said that she is not wearing an engagement ring. So she is no longer engaged in the episode of her "Good For You" podcast on Feb. 5, 2020. She explained :

"Nothing nasty, no drama. It just wasn't -- I feel like nobody will believe me -- I truly just was not ready to plan a wedding, the whole thing really overwhelmed me".

Earlier, Whitney was in a relationship with boyfriend Peter Berg from 2012 to 2013. Also, she was rumored to be dating former NFL player turned actor, Kerry Rhodes, in 2014.

Also, in Jan 2016, the 178 cm tall podcast mentioned that she was dating a professional doctor during an interview with Howard Stern, the husband of Beth. But, she did not reveal his actual name. In June, the paparazzi captured her on a dinner date at Nobu Restaurant with veteran singer Lenny Kravitz.

The Total Amount Of Fortune

Miles must be making a pretty good amount of payroll working as Vice Media's executive director. As of 2020, his net worth is approx. $500,000, which is analogous Sherrie Swafford.

Likewise, his annual wage is about $78.617 per year, which is the average salary of executive directors in the United States. Throughout his work, he has worked for an acclaimed company like Virtue, Nike, Master & Dynamic, New York Rangers, etc. Thus, he has definitely made a handsome amount.

Meanwhile, his former fiance, Whitney has an impressive worth of $30 million. She owes a large portion of her fortune to a prosperous career as a model, comedian, actress, writer, and producer. Further, as an actress, she made $60,000 per episode of NBC show, Whitney.