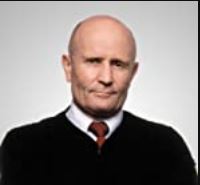 Mills Bee Lane III, aka Mills Lane, is a famous American former boxing referee and professional boxer who is known for officiating many major heavyweight championship boxing matches. Not only a referee, but he was also a boxer who won NCAA Welterweight Boxing champion two times and narrowly missed the 1960 Olympic Team.

Former referee, Mills was born to a Georgian family on 12 November 1937 in Savannah, Georgia, the USA. His birth sign is Scorpio, and he belongs to white ethnicity. Likewise, his nationality is American. Right now, people are interested to know about his personal life. So, let's take time and know about his private life.

The 83 years old former referee, Mills, is a married man as of 2020. He is in a marital relationship with his third wife, Kaye Pierce, who is a former probation officer. The two tied the knot on 29 March 1980 in front of their close friends and relatives.

The married couple is living without divorce rumors and controversies concerning their love life until now. It has been 40 years of their marriage, and the duo is still going strong. Further, the pair shares two children from their togetherness. They welcomed their first child, a son named Terry Lane, in 1982. He is currently 38 years old.

Kaye gave birth to their second son, Tommy Lane, in 1986, who is currently 34 years old. Not to mention, two of the brothers are walking on the footsteps of their father and got involved in boxing business as of 2020. Back in 2010, the president and CEO of Star Boxing, Joe DeGuardia, commented on Tommy and Terry. He said, "They're moving up the pike."

Past Relationships Of Mills Lane

As a matter of fact, Lane has exchanged his wedding vows with two other women before. According to The People, he briefly shares husband and wife relation with an unknown girl in college. However, he divorced her under the pressure of his work.

Then after, he walked the aisle with his second wife, Judy Rumbaugh. Not only were they married, but they also share three children with her. Likewise, the ex-couple also adopted a kid. Unfortunately, he has not talked anything concerning the details of his marriage to Judy and their children until now.

What is Mills Lane's Net Worth?

Well, Mills is a multi-professional personality who has a career in boxing, referee, judge, television personality. As a boxer, he has won two NCAA Welterweight Boxing Champion and also broke his nose numerous times that he can push his nose down his face. Surely, he must have bagged a decent sum of money from his boxing career.

Further, he earned and saved the maximum part of his current fortune through his referee career. As a referee, he has refereed over 101 Championship Boxing matches, which includes Mike Tyson vs. Holyfield. For referring to huge events, he earned over $10,000 per game. Moreover, he also auctioned away his bloodstained shirt, which happened during the match between Tyson and Holyfield.

He has also worked as a TV spokesman for "Legal Rights Defenders: 1-800-THE LAW-2." From all of his careers, he has successfully accumulated a net worth of $3 Million as of 2020 which is similar to Eileen Davidson.