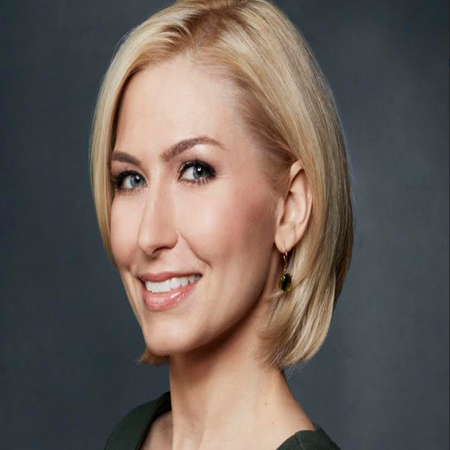 Morgan Brennan is an American journalist and business enthusiast. Moreover, Brennan is one of the hardworking and talented general assignment reporter and anchor for the CNBC News television. She is currently working as a co-anchor of the 10 AM ET hour on CNBC's Squawk on the Street. She joined the network in December 2013 and continuously serving as a general assignment reporter since then.

Who Is Husband of Morgan Brennan?

Talking about her personal life, Morgan is a married woman. She is married to her love of life turned husband, Matt Cacciotti. Besides, her husband Matt is an American professional broker. The couple walked down to the aisle and tied the knot on August 6, 2011. They exchange vows in the presence of family and friends in a private ceremony.

Since after the wedding, the duo is living a happy marital life and also shares a strong bond. So far, there is no information about their separation and divorce. Besides, the couple is blessed with a lovely daughter from their eight years of marriage.

Nevertheless, they are enjoying a happy parenthood life with a baby girl born on March 30, 2016. However, the couple is too protected towards their daughter so, they haven't shared name her yet. As of now, Morgan is enjoying a blissful life with her husband and baby daughter.

CNBC's Squawk on the Street co-anchor, Morgan has collected a hefty amount of net worth from her career in journalism for over a decade. Furthermore, she has an estimated net worth of $1 million as of 2020. Geoff Cutmore is another CNBC reporter with a net worth of $2 million.

As per the sources, the average annual salary of a CNBC Reporter is $683,151. Moreover, she might get a bonus from CNBC TV for the hard work and dedication. With such a decent amount of money, Morgan is living a happy and healthy life right now.

Putting the highlights on professional life, Morgan started her career as a Scheduling Assistant/ Video Production Coordinator for Forbes from June 2009 to May 2010. After some time, she served as an anchor and reporter for Forbes Video Network and later promoted to Staff writer.

However, she left her job for Forbes and later joined CNBC in 2013. She started her job as a general assistant reporter and later worked as a co-anchor for Squawk Alley. Morgan is co-anchoring the show Squawk on the Street from June 2020 along with David Faber, Sara Eisen, Jim Cramer, and Carl Quintanilla.