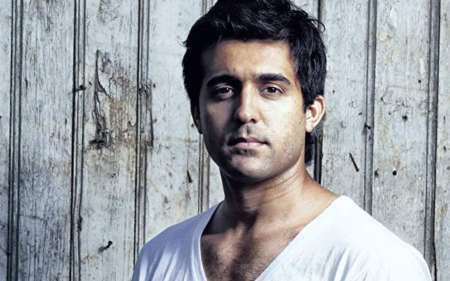 Moroccan actor, Mourad Zaoui is popular for his role as Roqan Ghaffari in the mysterious crime drama series, The Blacklist. He is also notable for his portrayal of Benny in Netflix's historical drama series, The Spy. He recently completed a movie, The Forgiven and currently shooting for a short drama movie, Hollywood Trick.

Zaoui was born on 23rd April 1980, in the Ain Sebaa district of Casablanca, Morocco, and raised by Mostapha Zaoui and Khadija Zaoui. He hails from Arab-Berber-Andalusian ancestry and holds dual citizenship of Morocco and the United States. Apart from all this, he is a married man.

The Spy actor, Zaoui is experiencing the most glorious moments with his wife, Sanaz Khoubnazar, who is a dentist for both humans and animals. The couple walked down the aisle in a close nuptial on 22nd January 2016.

The bridegroom was looking stunning at the time of the wedding, where Mourad was donned in a royal blue business casual three-piece suit. Meanwhile, Sanaz wore a white ball gown neck gown and an expensive white necklace.

Following their wedding, the couple seems to be happier and adventurous than ever before. On 30th May 2019, the pair traveled to Disneyland, California, and posted some adorable pictures via Instagram.

Net Worth of Zaoui

Mourad Zaoui maintains a net worth of $800,000 as of 2020. He currently earns sufficient income from his profession. In the United States, an actor/actress receives $56,662 as per annual payroll, which might be similar to Zaoui's yearly earnings.

Zaoui is reportedly starring in the television mini-series, The Spy on Netflix, which received 7.9out of 10stars from 18,907. The show is also earning immense popularity from its episodes where Mourad made his appearance. More to that, Moni Moshonov also plays a significant role in the series.

Maintaining A Well-Known Profile In The Acting Industry

Moroccan actor, Zaoui initially portrayed a role of Jad Adult in the Narjiss Nejjar's drama movie, Wake Up Morocco in 2006. He then acted as Sulayman in the drama film, The Tears of Money in 2007. He also featured in several hit movies, The Gospel of Luke, Mankind the Story of All of Us, and various others.

Check out the trailer of The Spy on Netflix

Mourad made his first appearance in the TV mini-series, Spies, Lies, and the Superbomb in 2007. He later appeared as Quarantine in the historical biographical drama series, Tut in 2015. His other television credits are The Night Manager, The Blacklist, etc. More to that, some other actors like Daren Dukes are also getting success in the field of acting.

If You're Interested To Read More Biographies & Gossips Of Prominent Actors, Then Visit Married Celeb!!!