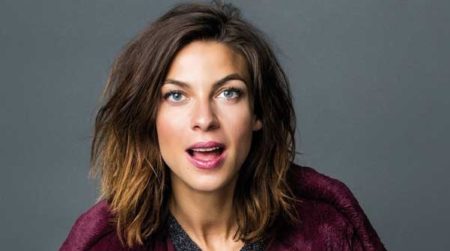 Natalia Tena is the beautiful wildling from HBO's hit TV show Game of Thrones. She has appeared in multiple other TV shows, including The Mandalorian, Origin, Wisdom of the Crowd, Black Mirror, and the infamous Harry Porter movie series, among others. She is also a musician and is involved in a band.

Natalia was born on November 1, 1984, in London, England, to parents Jesus Gastiain and Maria Tena as Natalia Gastiain Tena. She studied in a boarding school Bedales in Hampshire, England. Her mother taught her piano at a young age of 5. But later choose to play the accordion while playing for her theater group, KneeHigh.

Currently single but had one in past

The actress is not a married woman. She is single and doing well in her career and life. Nonetheless, the actress had one relationship in the past that we are aware of. She dated her bandmate, Sam Apley, from her band Molotov Jukebox.

The couple met while both of them were working in the band, Nat Jenkins. They left the band and formed their new band Molotov Jukebox. Online sources suggest that the couple dated for a significant period of time before growing apart.

Acquired a decent net worth

The 35 years old actress' net worth is estimated at $5 million. She has earned such wealth from her career as an actress and musician. She has appeared in some of the biggest blockbusters in TV and movies.

Her band Molotov Jukebox also has released two albums Carnival Flower in 2014 and Tropical Gypsy, in 2016. She also has appeared in TV shows such as Shameless, The Mandalorian, and Black Mirror.

The multi-talented actress started her career in 2002 when she portrayed Ellie in 2002's About a Boy. She has also made multiple stage appearances from 2004 throughout 2019. Some of her appearances are in plays like Gone to Earth, The Clean House, Othello, and, more recently, Europe.

Tena appeared in many films and TV shows in 2005 and 2006. But her most note able appearance came in 2007 when she played Nymphadora Tonks in Harry Potter and Order of the Phoenix. She would go on to make more appearances in the movie franchise, in The Half-Blood Prince and both parts of Deathly Hallows.

The actress made cameo appearances in some of the high hitting TV shows like Shameless, Black Mirror, and The Mandalorian. She also had lead roles in YouTube's Origin, Wisdom of the Crowd, and The Refugees.

Role in Game of Thrones

In 2011 Natalia landed a role in one of television's most iconic shows by a far measure. She was got the part of Osha in HBO's Game of Thrones, a onscreen adaptation of George RR Martin's novel of the same name.

Her character appeared in 16 episodes of the show. She appeared alongside some of Hollywood's A-list stars like Sophie Turner, Maisie Williams, Richard Madden, Kit Harington, Lena Headey, Peter Dinklage, and Emilia Clark, among others.