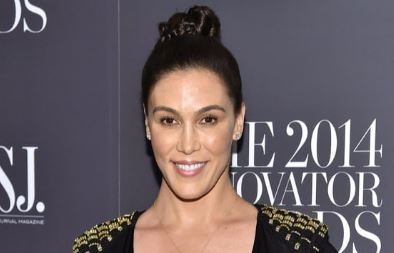 Nicole Young is the wife of rapper and record producer Dr. Dre. She came to limelight after she tied a nuptial relationship with the rapper. As of today, many people are getting famous due to their relationship with different celebrities.

Nicole was born on 1st January 1970 in the USA as Nicole Plotzker. She is an American attorney but commonly known as the wife of the legend of hip-hop Dr. Dre.

Nicole found her love life back in 1994 at that time, Nicole was married to NBA player Sedale Threatt. Dr. Dre asked her out while she was in a marital relationship with Sedale. Their chemistry grew so much stronger day by day, Dre even wrote a later to Nicole which was officially later published by some paparazzi.

In the letter, he stated that "Hope you doing well and you realized you need to quit fuckin' wit Sedale and come home to your Doctor. I will take care of you baby girl." It is no strange thing that the king of hip-hop gets what he wants.

Nicole and Dre married back in 1996. After dating for two straight years, Nicole finally said yes to him and divorced her first husband. The wedding ceremony was filled with many rappers and producers as the newlywed couple's guests. After their wedding, the rest is all history. The pair are now married for 23 years which is also one of the longest-lasting relationships in the rapper's relationship history.

Though the couple is now married for more than two decades, their love life still looks so young. They are often seen together holding hands in every public appearance and uploads each other photos on their respective social sites where we can see and understand their love life.

Family and Children With Dr. Dre

The couple shares two beautiful children from their 23 years long nuptial relationship. In 1997, they welcomed their first son Truice Young who is now 22 years old and is a music producer following his father's footsteps.

Later in 2001, the pair shared their second child daughter, Truly Young who is now 18 years and is accepted into the University of Southern California. On that note father, Dre wrote an online post stating that My daughter got accepted into USC all on her own. No Jail time!!!.

Furthermore, Dre has four other children from his past affairs. Curtis Young, La Tanya Danielle Young, Andre Young Jr., and Marcel Young are other four children of Dre from his past relationship with four different women.

Tough Forbes still doesn't agree with him as billionaire; however, it's been more than five years since he has proclaimed himself a billionaire. He has a 20%-25% share in his company purchased by Apple in $3 Billion from which Dre only received a little over $500 Million.

Additionally, he paid $40 Million for Tom Brady and Gisele Bundchen's Los Angeles estate and gave $70 Million to start a school at USC along sides with Beats co-founder Jimmy Iovine.

Dig in Married Celeb to know more about other celebrities' wives.