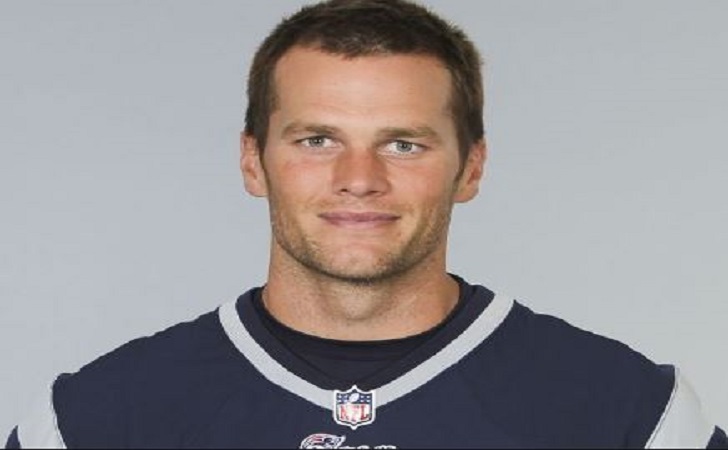 If you are a fan of American Football, then you're no stranger to Tom Brady. He plays as a quarterback for the New England Patriots of the National Football League (NFL).

Tom was born in San Mateo, California, the US on the 3rd of August, 1977, as Thomas Edward Patrick Brady Jr. He was raised in San Mateo, California, by father Thomas Brady, Sr. and mother Galynn Patricia. He is the only son and fourth child of his father. Furthermore, His great-great-grandparents were Irish refugees from the Great Famine who moved to San Francisco from Boston.

Tom and Gisele began dating since December 2006. Brady said that they had been set up on a blind date by a mutual friend in 2009. The pair often said that their romance started as love at first sight.

After dating for 3 years, they both got married on 26th February 2009, which was held in an intimate Catholic ceremony in Santa Monica, California. The wedding includes only Tom and Gisele's parents as well as Brady's son, John, with his ex-girlfriend Bridget Moynahan.

It seems that the pair is very happy with each other, and there is no sign of separation and extra affairs regarding them.

Despite having a very tight schedule, the couple is still taking good care of their children. The pair often uploads their children's photos on their social sites account. The family of five usually travels around the world, spending quality time.

Who is Tom Brady's wife?

Tom Brady's wife, Gisele Bundchen is a Brazilian model, actress, businesswoman, and environmental activist. She was the first of three Brazilian models to achieve the status of a supermodel. From 2004 to 2011, she was one of the highest-paid models in the world.

She was also the top spot on the Forbes top-earning models list in 2012 and was the 16th richest woman in the entertainment industry back in 2007. Later in 2014, she was listed as the 89th Most Powerful Woman in the World by Forbes.

She has appeared on more than 1,200 magazine covers and has been charitable endeavors include Red Cross, Save the Children, and Doctors Without Borders.

Past Affairs and Relationship

After splitting from Scott Rosenberg in 2003, Bridget Moynahan and Tom began dating. Their relationship lasted only 24 months, and later, the pair get separated in 2006. Bridget later confirmed to People magazine that she was more than three months pregnant with Tom's Child on 18th February 2007.

In August 2007, she gave birth to Tom's child, John Edward Thomas Moynahan, at Saint John's Health Center in Santa Monica, California. Bridget married Andrew Frankel in 2015 and is happy with her husband.

How Rich is Tom Brady?

Tom Brady has a net worth of $235 Million. Being one of the major parts of the New England Patriots, he has earned a massive amount of remuneration from his playing. He is one of the top-rated quarterbacks in the world.

He has agreed to terms on a two-year, $70 million contract extension with New England. His salary has now raised to $23 Million from $15 Million. Now, he is scheduled to make $30 Million in 2020 and $32 Million in 2021. NFL has mentioned him on the top ten richest players.

Tom's Wife Has a Double Net Worth than him?

Tom's wife, Gisele has impressively $488 Million of net worth. She was once the highest-paid model in the world for the fifth consecutive year. Being one of the top supermodels in the world, she has earned a very good amount of fortune to her account.

Her yearly income is estimated at $30.5 Million. She became Pantene's ambassador in December 2013, which deals with worth $4 Million Per year. Her $700 Taschen book released in celebration of her 20th-year career sold out all in one day.

She has appeared in more than 800 fashion shows, 2000 magazine covers, 550 ad campaigns, and 3500 magazine editorial. Her Ipanema Sandals sold about 25 million pairs annually from which she surely received a good amount of fortune. She is also the author of her book Lesson: My Path to a Meaningful Life which cost starts from $15.99.

In 2013, Buzz-feed listed the pair as 2nd most highest-earning celebrity couples in the world. They earned around $80 Million annually a year. Gisele being a top supermodel of the world, earned $42 Million on that year while Tom walked away with a $30 million signing bonus with the New England Patriots.

They are also known as the 7th richest celebrity couple in the world. In 2012 they had a 22,000 Square-foot home built in Los Angeles for a reported $20 Million. Their property has walls with three different types of limestone, window frames, steel doors, has a moat filled with koi fish, and a lagoon-shaped swimming pool with a spa.

Being a huge personality to society, the pair are very actives in social works and charities. Gisele donated $150,000 to Brazil's Zero Hunger Program. She designed a limited necklace to raise money for St. Jude Children's Research Hospital.

She also auctioned a collection of diamonds to benefit the Diamond Empowerment Fund, a nonprofit organization to education which was valued at $2 Million to $4 Million. Later she donated $1.5 Million to the Red Cross Society in 2010.

The couple has very good deeds on environmental works. More than a million trees were planted in Gisele's name. It is sure that in the future, they will be engaged in different social works and charities.