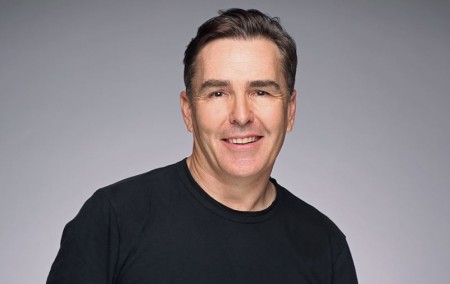 How often do you play video games? If you spend a great amount of time playing games, then you know the importance of visual and characters. And Nolan North is an individual whose performance has earned him a BAFTA award. He is an American actor and voice actor best known for portraying characters such as Nathan Drake, Desmond Miles, Deadpool, etc. among others.

Nolan has been active in the entertainment industry since 1997. He is widely acclaimed for appearing in games. Some of the popular games in which he appeared are Uncharted series, Assassin's Creed series, Batman: Arkham, Call of Duty, etc. However, North's personal life is still a mystery, so to know more stay with us!

Over two decades of Married Life

The 49-year-old, Nolan North has been married to his beautiful wife, Jill Murray since 1999. Like Nolan, his wife was also an actress. The two first met on the sets of ABC's soap opera, Port Charles. Additionally, Jill inspired her husband to try voice-over roles. The couple's marriage ceremony took place on June 4, 1999.

As of now, Nolan and his wife have been married for over 21 years. The couple is proud parents of two lovely children. However, Nolan prefers to keep his personal life under the limelight. The family of four currently resides in Los Angeles.

Talking about North's wife, Jill left her acting career to focus on her kids. After Port Charles, she starred in a few shows including Black Scorpion and Only in L.A. Nolan often credits her for inspiring him to work in the voice and live animation industry.

One of the leading voices in the game industry, Nolan North, has a net worth of $2 million as per celebritynetworth. Since 1997, he has done over 300 acting credits including games, live-action, tv shows, and movies. As a voice-actor, his salary ranges somewhere between $24,322-$75,323 per year.

Talking about his job, Nolan once said he could have made millions of fortune acting in movies and television. However, the voice-over job gave him a sense of freedom. Nevertheless, there are actors like Seth MacFarlane, who built an empire from his live animation show, Family Guy.

North has received wide praise for his performance in almost every movie, tv-show, and video games, Additionally, he has won Behind the Voice Actors Awards six times.

In 2008, he lent his voice for the fantasy adventure film, The Spiderwick Chronicles. The movie collected $164.2 million at the Box-office. Similarly, he appeared in the 2013 science fiction action film, Star Trek Into Darkness. The movie was a major success and collected $467.4 million.

Nolan Ramsey North was born on October 31, 1970, in New Haven, Connecticut, the United States. He grew up in Rhode Island and New England.

North attended Bishop Hendricken High School and later he got a baseball scholarship to attend the University of North Carolina. He graduated with a degree in journalism. Before pursuing stand-up comedy and acting, Nolan worked as a reporter.