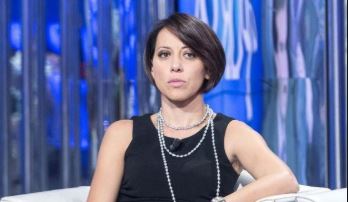 Annunziata "Nunzia" De Girolamo aka Nunzia De Girolamo is a well known Italian lawyer and politician who is involved with the political party, Forza Italia. Throughout her career as a politician, she served as Minister of Agriculture from 2013 to 2014 and also as the member of the Chamber of Deputies from 2008 to 2018.

Nunzia Girolamo was born on 10 October 1975 in Benevento, Italy. Her birth sign is Libra and holds Italian nationality. However, people are more interested to know about her personal life. So, let's take a sneak peek in her private life.

The 45 years old politician, Nunzia is currently a married woman. Her husband name is Francesco Boccia who is also a politician and serves as Minister of Regional Affairs and Automies as of 2020.

Well, the couple exchanged their wedding vows on 23 December 2011 in a secretive wedding ceremony where they invited their close friends and relatives only.

Being a wife, she's accompanied her spouse at the day of his appointment to Minister of Regional Affairs on 5 September 2019. The duo must have met during their career as a politician as they share the same passion for politics. During her tenure in politics, she worked with fellow politician, James Rubin.

Even though they have the same professional field, they fought for opposite parties. She fought for the People of Freedoms and Francesco fought for the Democratic Party. It has been nine years of their togetherness, and neither their professional career nor other force can shake their relation whatsoever.

Blessed With A Daughter

The lovely couple shares a kid from their marital relationship. They welcomed their daughter named Gea in 2012 and currently she is eight years old. Nunzia often uploads pictures with Gea on her Instagram. Nunzia also owns a dog and consider it as a family. Their dog name is Teddy, and it is of Pomeranian breed.

What is more, Nunzia's husband, Francesco, was previously married to Benedetta Rizzo. The ex-couple also shares two kids from their relation. They had one boy named Eldorado and a girl named Ludovica. For now, Nunzia is the step-mother of these two kids.

How Much Is The Net Worth of Nunzia De Girolamo?

Over the years of serving the government as a politician and minister, Nunzia has earned the name, fame as well as a lucrative sum of money. Nunzia's net worth is $1 Million as of 2020 which is similar to Amy Klobuchar. Not to mention, she collected this hefty amount of money from her successful career as a politician.

She had been the Minister of Agriculture, and during that time she earned $177,734 per year as a salary. Besides, she has also served as the member of the Chamber of Deputies and must have boasted a three-digit wage from it. Her other source of income is a lawyer, and she works as a host for IA7-TV and boasting around $50,000 as a yearly income.

As a politician, her husband, Francesco also has millions of dollars as his fortune. Without a doubt, the millionaire couple is living a lavish lifestyle with their earnings and luck.