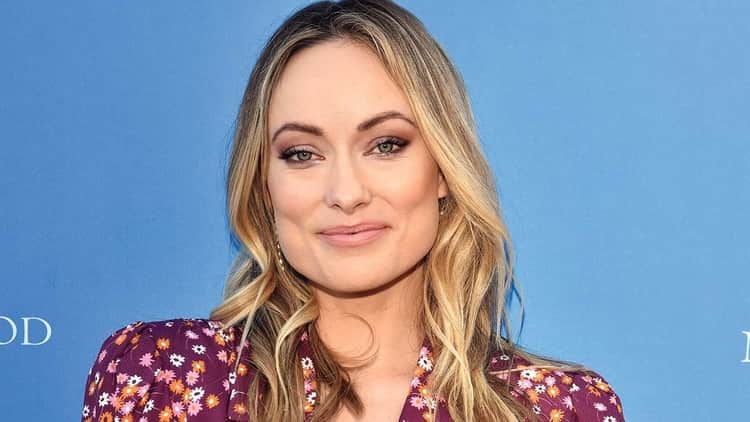 Olivia was born Olivia Jane Cockburn on March 10, 1984, in New York City. Her father Andrew Cockburn is a renowned journalist and editor of Harper's magazine and her mother Leslie Cockburn is an investigative journalist. Although born as Olivia Jane Cockburn, she later derived her stage name from the late Irish poet and playwright Oscar Wilde. Both Olivia and American actress Paige Howard have Irish ancestry.

What do we Know about Olivia's Ex-Husband?

At the age of 19, Olivia exchanged the wedding vows with nine years her senior Prince Tao Ruspoli. Photographer and filmmaker Ruspoli was born to an Italian aristocratic family in Bangkok, Thailand but later moved to America. Olivia and Ruspoli's wedding ceremony took place on June 7, 2003, in Washington, Virginia.

Olivia and Ruspoli were said to have exchanged wedding rings on a bus with just a couple of witnesses. Later, she stated that the ceremony took place in an abandoned school. The wedding was kept private because the pair had eloped.

Their formal wedding was held at Olivia's Virginia farmhouse and another at Ruspoli's family castle garden outside Rome. She explained her Italian wedding as;

There were stilt walkers, drummers, flag bearers; it was surreal and beautiful and amazing, like a fairy tale.

After eight years of marriage, Olivia and her husband mutually agreed to live apart. They announced the separation on February 8, 2011. A month later on March 3, 2011, Oliver filed for the divorce citing irreconcilable differences. The divorce was settled on September 29, 2011.

Wilde has a Surreal Connection with her Fiance!

Just after her separation with Italian prince Ruspoli, Olivia met actor and comedian Jason Sudeikis when they were working together in the same project. They began dating since 2011 and announced their engagement in 2013.

Olivia talks about how Jason Sudeikis won her heart at The Howard Stern Show:

In 2014, Olivia gave birth to their first baby boy, Owen. Soon after two years, they were blessed with a daughter, Paige in 2016. Until now, the pair haven't talked about marriage but are seriously connected with each other.

As an award-winning actress and a film director, Olivia owns a net worth more than $20 million. She has appeared in some of the highest-grossing movies. But recently, she is more focused on directing movies.

Olivia also received a part of the property upon her divorce with her ex-husband Tao. Olivia's net worth is more than American actress Kasey Walker's.

A pescetarian and PETA's Sexiest Vegetarian celebrity Wilde is known for her box-office hit movies. She directed a movie Booksmart which collected over $24.9 million in the box office. Booksmart took only $6 million until its premiere.