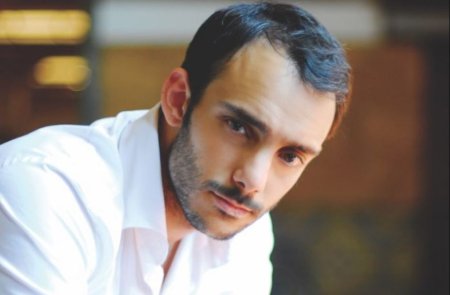 Omid Abtahi has won the hearts of millions of spectators who love to see his amazing acting that influence many young actors as well as other age of people. In a short time, Abtahi became a superstar with his debut role, Tony Nazari in the sci-fi action drama series, My Own Worst Enemy.

Abtahi was born on 12th July 1979 in Tehran, Iran, but moved to the United States with his parents, who came from a mixed ethnic background. Apart from this, Abtahi is a married man who lives in a happy marital relationship. So, let's find out more amusing things going in Abtahi's personal life below.

The Hunger Games actor, Omid is committed to his childhood sweetheart, Sabrina Bolin, who is currently running Hypnosis Practitioner Institute as a hypnotherapist. The two married in an intimate ceremony in 2008, while inviting their beloved ones.

Following their marriage, the couple was seen refreshing their old memories in Joe B. Barnes Regional Park, Midwest City, Oklahoma, where they spent their childhood on 23rd September 2019. The pair recently celebrated their 12th marriage anniversary in 2020.

Entered into Parenthood after Welcoming a Son

40-year-old actor, Omid and his wife, Sabrina are now responsible parents of an adorable child, Miles Abtahi. The married couple welcomed their son in 2015 after tying their knot for more than six years.

After the birth of their child, Miles faced severe health complications, and when he was one-year-old, he was very sick. But, he is now fine and lives a healthy life under the care of Abtahi and Bolin's love.

Omid Abtahi's net worth is $600,000 as of 2020. He is earning a decent salary from his profession. On the other side, an actor in the United States makes an average annual income, which is $56,741. So, Abtahi's yearly payroll is similar to an American actor.

As an actor, Omid featured in many popular movies that became blockbuster hits in the box office and garnered some mixed reviews from the critics. So, the list of his film credits are depicted in the following table,

Abtahi is currently appearing in the mysterious fantasy drama series, American Gods, where he plays the role of Salim since 2017. More to this, Jake Manley also starred in the popular television series.

Came into Prominence after Graduating from University

Upon graduating from California State University, Fullerton, Abtahi pursued his career in the field of acting. He then got his first role, Wahid in an episode of JAG in 2005. He also guests appeared on many TV shows, including 24, Last Resort, Family Guy, etc.

Take a look at the trailer of Brothers (2009), where Omid Abtahi made his appearance

Abtahi received an opportunity to star in the action drama thriller movie, Brothers in 2009. He also featured in several hit films, for example, Goliath 22, Window Horses, and so on. Just like him, Brian Chase also came to attention as an actor.