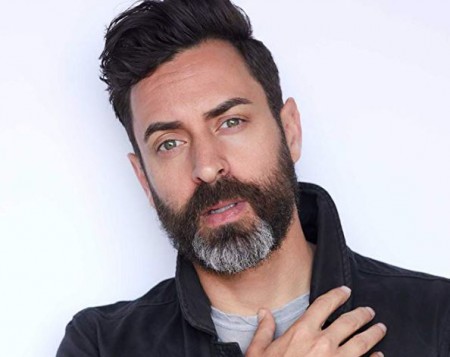 Brian Chase is an American stage, film, and television actor and has appeared in numerous commercials and voice-overs. He is known for his appearance in the 2005 film Haunt. Since the age of seven, Chase began performing professionally on stage and was offered full scholarships for acting. He attended NYU's prestigious Tisch School of the Arts.

After graduating from NYU, Brian moved to Los Angeles to pursue his acting career. Additionally, he has performed in plays from Shakespeare and Chekov to Neil Simon. Despite having a fruitful career, Chase didn't have a enjoyable personal life. Let's know what happened with his love story.

The actor was previously married to meteorologist and reporter, Liberte Chan. They dated for a long time before tying their wedding knot in 2012. Brian and his former wife, Liberte, married in a lovely wedding ceremony, which as held at Greystone Mansion's Garden in Beverly Hills.

Talking about their wedding, the bride wore a classic Monique Lhuiller gown along with Christian Louboutins, and custom embroidered veil. Chan's beauty was further graced by an imperial jade necklace, which was given by her grandmother as a gift. Further, the groom also looked dashing in a black wedding suit.

The newlyweds went to Paris for their honeymoon and hosted their post-nuptial in Los Angeles. From their marriage, the former couple didn't share any child.

During the early years of their marriage, Brian and Liberte looked quite happy with their married life. Everything was going perfect until they announced their separation just two years after the marriage.

The duo never revealed the exact reason behind their separation. As per sources, Chase and Chan had some difficulties maintaining their respective professional careers. In 2016, when a fan asked if she is ready to be a mother, Liberte replied that she is already divorced.

After separating from Brian, Liberte began dating personal trainer, Brett Hoebel. On the other hand, Brian has completely zipped about his personal relationships and affairs.

Is Brain Dating Anyone?

The answer to the question of whether Brain is single or not is extremely difficult to tell because he prefers to keep his personal life low-key. Additionally, Chase doesn't use any social media; therefore, his daily update is a matter of gossip. Currently, he doesn't have a girlfriend.

The actor is relatively passive in his profession over the past few years. He might be focused on expanding his broadway career. At the moment, he is probably living a single life.

Liberte Chan is a meteorologist and reporter at KTLA 5. She began her career with the station in 2003. She earned her meteorology certificate from Mississippi State University in 2015. Besides, she has a master's degree in Public health from USC's Keck School of Medicine.

The 5-feet five inches tall reporter has a net worth of $3 Million while she earns an annual salary of over $53,671. Currently, she is in a romantic relationship with a personal trainer Brett Hoebel. Also, she is very interested in yoga and aesthetics.

Brian Chase, who began performing at the age of seven, has a net worth of $500,000. He is a stage, film, and television actor. The primary source of his income comes from acting in television shows. Further, he earns a desirable income from appearances in commercials and voice-overs.

After graduating from NYU, Chase moved to Los Angeles and pursued his acting career. The average salary for a performing actor is around $46,238, depending upon the project. However, there are broadway actors who earn more than millions. Take James Frain, for example, who is an English stage and screen actor. He has a net worth of $3 million.

Another Famous Celebrity With Similar Name

It is common for people to have similar names, but it is quite surprising that persons with similar names being recognized celebrities. Take Vanessa L. Williams, for example. The confusion with their names worsened when both actress starred in the version of the drama, Soul Food.

In the case of Chase, there is another individual named Brian Chase, who is a drummer and drone musician. He plays in the New York rock band, Yeah Yeah Yeah Yeahs.

The above article is about an American stage, film, and television actor, Brian Chase. To know about your favorite star, follow marriedceleb.