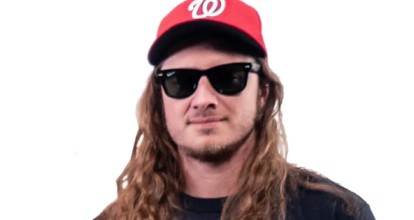 "Barstool Sports" is probably one of the most popular blogs for the online sports community. For the same online publication, a sportswriter named, PFT Commenter whose real name is Eric Sollenberger, covers the NFL and U.S politics.

PFT Commenter also hosts a top-ranked sports podcast called "Pardon My Take," along with Dan Katz, who is known as "Big Cat." Furthermore, Eric has also worked for the Kissing Suzy Kolber, SBNation, Profootballtalk and Hot Take. Likewise, he is an author of the e-book, Goodell Vs. Obama.

Is PFT Commenter Is Single?

The secrecy goes in regard of his relationship. There are no rumors about Eric's girlfriend. By scrolling his Instagram and Facebook, there is no clue to navigate his partner. Moreover, the famous PFT commenter seems to lead a single life.

Furthermore, there are no past records of his relationship and marriage. Although, if he is dating someone or maybe he has a good life with his wife, but so far, he remains tight lips on this specific matter.

Evidently, Eric seems to love pet dogs. He seems to love his dog, and very often, he shared a picture where we can spot Eric is having fun with his pet animal. He is very closed to his dog, and even he took him took to some events also. Just scroll down to know about his success.

PFT started his career from ProfootballTalk.com. He made his way to success after contributing to SBNation and Football savage. He got a huge fan following for his comedy style of anchoring.

Besides his love for the games, he started commenting on the 2016 United States Presidential election. Since then, he becomes a prominent analyst of Politics. Scroll down to know his net worth.

Being one of the famous commentators must have provided Eric with luxury life. As per celebrity net worth, PFT Commenter has a net worth of $2 million as of 2020. He currently works for Barstool Sports, which was founded by blogger and internet celebrity, David Portnoy.

The average salary for Barstool Sports commentators is around $45,000 per year. And someone who is more experienced like Eric earns somewhere between $40,000-$60,000. A renowned columnist and TV personality, Katherine Timpf also contributed to the popular sports blog.

Not just Barstool, he also hosts a program where he analysis U.S politics where he must be gaining thousands of dollars. Similarly, He is also a football nerd who and worked with SBN nation, Profootballtalk.com and Hot Takes.

Apart from commenting, Eric also earns by making appearances in sports and political shows. He published an e-book called Goodell VS Obama, which was critically acclaimed by many writers and fans.

This book must have generated Eric decent money, but so far, he has not revealed his exact income and earning in front of the public. Similarly, PFT's podcast, Pardon My Take, is a top podcast across all subjects.

Stick on marriedceleb, to know more about celebrities.