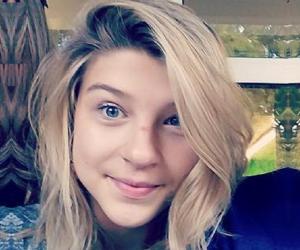 Phoebe Adele Gates is among the World's Ten Most Powerful Kids. More to that, She is the daughter of the World's second-richest person, Bill Gates. Bill is an American businessman, entrepreneur, and philanthropist.

Phoebe was born on September 14, 2002, in Seattle, Washington. She is the youngest daughter born to Bill Gates and Melinda Gates. She has two elder siblings, Jennifer Katherine Gates, sister, and Rory John Gates, brother. What's going on in her life? Is she in a relationship? To find out, read along.

Is Phoebe in a Relationship?

Although Phoebe belongs to one of the wealthiest families in the World, and their small incident becomes news in the media, Phoebe has become successful in maintaining a private lifestyle. So, much about her relationship status is unknown.

As per sources, she is single and is currently focusing on building her career rather than spending time with people. She is a brilliant student and a professionally trained Ballet Dancer. Unlike her elder sister, she keeps her Social media account in private mode which makes it even difficult to access her lifestyle.

What is the Net Worth of Phoebe Adele Gates?

Phoebe is currently in her High School. So, this deprives her of involving in economic activities. However, she is living a luxurious and lucrative lifestyle on her father's fortune. Phoebe does not own anything to her name but is valued at $10 Million.

Phoebe's father, Bill Gates, is a total net worth of $113.1 Billion as per Forbes. He has been earning much of his income through his share in various industries. Times Magazine named Bill among the Top 100 Most Influential people of the 20th Century.

Yes, you read it right, Phoebe is currently living with her siblings and parents in a $127 Million Mansion named as "Xanadu 2.0" The House spreads in 66,000 square feet which include seven bedrooms and a whopping 18.75 bathrooms. The pool also has its own underwater music system.

Bill Gates Spent more than $65 Million for building the Mansion. Similarly, he Owns a Porsche Taycan. It starts with a base price of $185,000. Dylan Lauren is another American entrepreneur with $50 Million net worth.

Phoebe's parents Bill and Melinda tied the knot on January 1, 1994, on a golf course in Hawaiian Island. The couple is among the most influential couple in the World.

The duo is very much concerned about their children. Bill did not allow his children to carry a cell phone until they turned thirteen. The famous family keeps going on a vacation in and around the United States from time to time.

Bill and Melinda started their foundation named "Bill and Melinda Gates Foundation" in 2000. The powerful couple spent $5 Billion to create a charitable foundation. Since they have been actively donating a considerable sum of their money through their charity.

Bill Gates has donated $35.8 billion worth of Microsoft stock to the Gates Foundation. He is the most charitable man in human history. The couple will be donating 95% of their wealth to charity.