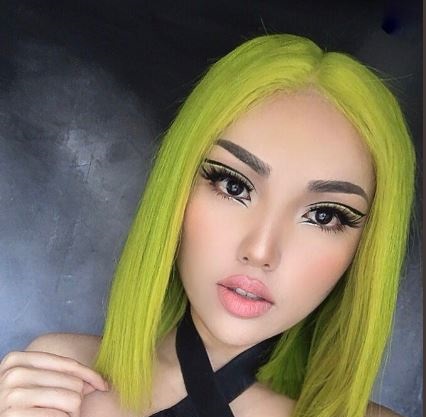 Social Sites has been one of the great platforms for upcoming artists. Many artists today have been mostly produced by social sites. This next personality Promise Phan is one of the famous social site's personalities.

Promise Phan is a South-Asian woman who was born on 30th July 1989 in the heart of Nepal. Though she holds American nationality, she is originally from Nepal and her birth sign is Leo. Her parents move from Nepal to the US while she was young alongside her three sisters, Pratichya Tamang, Angelina Tamang, and YouTuber Rose Tamang.

Married To The Brother Of Michelle Phan

After dating for a year, the couple decided to take their relationship serious. On the beautiful winter of November 9, 2009, the paired exchanged wedding vows with their family and close friends as their guest which includes the famous You Tuber Michelle Phan.

The couple is now married for more than 10 years and is still seems very deep in love. Promise often includes her husband in her video, and it seems their chemistry is outstanding.

Avatar Makeup Video Led Her To Find Her Love

Steve Phan has been one of the backbones for Promise life. She often tells in her media interviews that Steve has been helping her with video making, post-production, and technical issues.

Take a look at her love story

The pair first met each other after Promise uploaded her Avatar portrayed picture in her social site account. On that, Steve was so impressed by her look and later approached her. Initially, they became friends, and later it developed into a very romantic relationship. Wow!

The Net Worth Of Promise Phan

Promise has estimated net worth of $2 Million other YouTubers like Roman Atwood, and Candy Godiva has a wealth of $12 Million and $1 Million, respectively, because of variations in subscribers. Being one of the social media influencers, she has collected all of her prosperity through her outstanding sensational internet career. She has more than 1 million followers on her Instagram account and is hugely known for her outstanding makeup career.

Her transformation on various personalities through make up has gained her huge fan following around the world. Promise came into limelight after uploading a makeup tutorial video of Angelina Jolie in her YouTube account. That particular video is watched more than 24 Million times on YouTube. What?

Her YouTube Channel Dope2111 has more than 6 million subscribers. Her all video in the Dope2111 account is watched more than 2 Billion times in the YouTube from which she has surely bagged a good amount of fortune to her account.

Additionally, she has another YouTube account named Promise Tamang where she has more than 1 million followers. Being belonging to one of the least known countries, she still has managed to rule the heart of Millions around the world. Currently, she and her husband are living a healthy and lavish lifestyle and are still busy making entertaining videos.

How Rich Is Sister-in-law of Promise Phan?

Promise Phan's sister in law Michelle has an estimated net worth of $50 Million. She is one of the renowned social sites personality; her YouTube channel has more than 8 million subscribers.

She has launched one of the renowned brand Ipsy and has partners famous brands like Lancome and L'Oreal. In 2015, Forbes has valued her company at $500 Million and has received a $100 Million investment.

Dig In for more interesting biographies and gossips @ Married Celeb