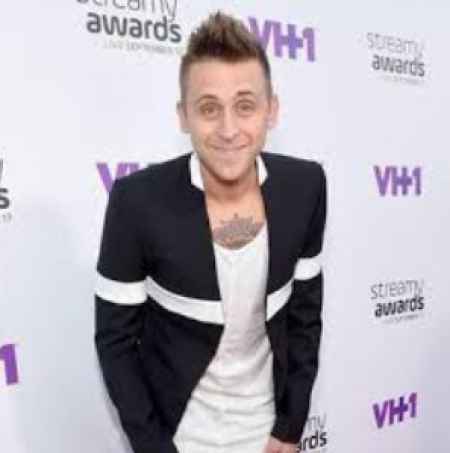 Roman Atwood is an American prankster, vlogger, and YouTuber known for his sarcastic and humorous talks, furthermore, he keeps updating his lifestyle in his YouTube channel. His first YouTube video was "Cops Get Owned!!!".

Roman was born on May 28, 1983, in Millersport, Ohio. His parents are Curtis Dale Atwood (Father) and Sussan Anne Christan (Mother). He has a sibling Dale Atwood who is also a YouTuber. Roman was not much into studies; rather, he was interested in producing films and videos.

Who is Roman Atwood's Wife?

Roman Atwood is married to Brittney Smith Atwood. He tied the knot after dating her for a long time. Atwood has two sons Noah Vaugh Atwood, Kane Atwood, and a daughter named Cora Atwood.

Atwood was previously married to Shanna Riley from 2001 to 2008 but broke away from her. Roman filed a divorce because he caught Shanna cheating him with a friend on vacation. Noah Vaughn Atwood is his son from his previous marriage.

How much net worth does Roman Atwood have?

Roman has grown up his career from YouTube. He has a total net worth of over $12 million. He has a yearly income ranging up to $200,000 a year.

Roman lives a lavish lifestyle. He owns a multi-million mansion in his hometown Ohio. Atwood also bought a Corvette for his father on his birthday. He visits some of the most exotic places with his wife and children.

Left aside his prank videos, his vlogs earns him an income of over $1.5 million annually. Roman also endorses products on his social media profile. He brands energy drinks, clothing lines, gadgets, shoes, and many other things for his viewers.

Atwood is famously known for his public prank as well as hidden camera comedies. He has received a Diamond Play Button for his YouTube channel.

YouTube has been a boon to many of the individuals, and one of them is Atwood. The multi-talented YouTube-prankster started his online career from social media. His Plastic Ball prank video garnered over 50 million viewers overall.

Similarly, Atwood has also worked in numerous commercials and projects, which gave him a decent experience handling his media profile. He  was associated with Steve-O on a prank video titled "What Would You Do Prank."

Roman is highly active in social media. He has a mass follower of over 5.1 million. His twitter profile has a 2.9 million fan base, and his YouTube channel has over 15 million subscribers.

Recently, he wished his father on the eve of on the father's day for being a supportive dad to him.

To know more about YouTubers, stay subscribed to Married Celeb!!!