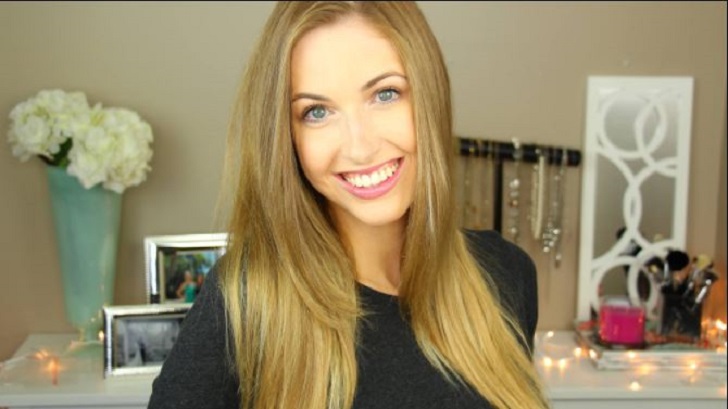 Body and Relation Status of Rachhloves

Rachel Cooper widely popular by her social media name Rachhloves is a You-Tuber who is famous for sharing make-up, beauty, fashion, lifestyle, videos on her official You-Tube channel subscribed by millions of people.

The fashion influencer and the social media personality Rachel was born in Canada on August 5, 1988. Although she shares pictures with her parents. Their information is unavailable. But she has a younger sister named Lauren.

The 32-years-old You-Tube personality Rachhloves is in a marital relationship with her beloved husband named Chris. The detailed information regarding Chris's professional works is unknown.

How and when Chris and Rachel met and began their romantic affair it is unclear. But it seems like the duo dated more than a year before they got engaged in 2010.

After around two years of dating, Rachh and Chris happily shared their wedding vows on May 12, 2012. They exchanged wedding vows at the Roman Catholic church, St. Peter's Cathedral.

Similarly, the wedding reception was attended by their closed ones, held at the Ivey Spencer Leadership Centre, located in Ontario, Canada. On the big day, the bride Rachel was looking gorgeous on her designated strapless white gown that featured a hip sized veil. On the other hand, the groom Chris dashes the wedding look wearing a black tuxedo.

Similarly, Rachhloves shared her second child a son Luke on January 11, 2016. Likewise, they became parents for the third time in 2020 who welcomed a son named Connor.

For the information, before giving birth to Connor, Rachel suffered a miscarriage. She reveals the news via her official You-Tube channel back on November 4, 2018.

Rachel has an estimated net worth of around $1 million which she accumulated by sharing beauty, fashion, related content on her social sites. Also, know about You-Tube personality BeautyChickee, aka Christina Marie Harris.

Watch one of the videos from the Rachhloves You-Tube channel.

Besides, Rachel has also launched her very first make-up palette called 'Rachhloves Layers Palette.' She created in collaboration with Pixi Beauty. Besides, make-up tutorial, she also shares easy food recipes on her channel.

Likewise, it is reported that, before becoming a You-Tuber, Rachel worked in a marketing department for a global consumer packaged goods brands.