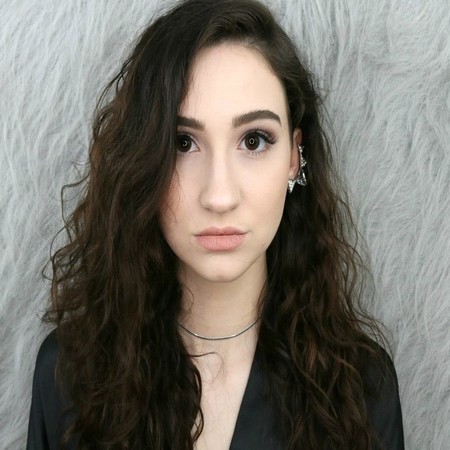 Body and Relation Status of Beautychickee

BeautyChickee is an American YouTube channel created by Christina Marie Harris. Moreover, Christina is an American YouTube star and social media influencer. Besides, the channel is famous for the posts of makeup tutorials, fashion tips, and lifestyle hacks. The BeautyChickee channel has 683k subscribers. Apart, she has a video series called "Chickee Chit Chat" where she talks about growing up. Besides, she is in a romantic relationship and often shares personal vlogs.

BeautyChickee YouTube channel creator, Christina Marie Harris was born on June 3, 1999, in Long Island, New York, USA. Moreover, she is the daughter of James Harris(father) and Debbie Harris(mother). Furthermore, she has a sibling brother named Jimmy Harris. She holds an American nationality and belongs to white ethnicity. Yet, her educational qualification is missing.

Well, Christina, 21, is in a romantic relationship with her boyfriend. Moreover, she is currently dating Corbyn Besson. Further, Corbyn is an American pop singer-songwriter who is one-fifth of the boy-band Why Don't We since 2017. Besides, the couple confirmed that they are officially dating each other since May 23, 2016, from their respective Twitter account.

Additionally, the love birds often share an adorable and cute picture and videos on their Instagram & YouTube channel. Nevertheless, the duo shares a strong bond and understanding between them.

Besides being in a relationship with Corbyn, Christian was also in a romantic relationship with her ex-boyfriend. However, his name and when did they break are still under review. As of now, Harris is living a happy life with his boyfriend and family in the USA.

How Much Rich Is BeautyChickee in 2020?

The five feet and three inches (1.6 m) tall, Christina well known BeautyChickee has earned a decent amount of money from her career as a YouTuber. Moreover, she has an estimated net worth of $500,000 which is similar to Brooklyn Queen and Olivia Nikkanen.

Moreover, her main source of earning is from beauty tips videos and a personal vlog. BeautyChickee is a YouTube channel created by Christina Marie Harris has 683k subscribers. According to SocialBlade, her YouTube channel earns a monthly earning of $398-$6.4K and yearly earnings of $4.8K-$76.3K.

On the other hand, she is also present on Instagram @beautychickee with a following of 487K followers. As of now, Christian is just enjoying her healthy and wealthy teenage life with her boyfriend and family.

Putting the highlights on her professional life, Christina started her YouTube channel with the name BeautyChickee on May 8, 2011. Moreover, she began to uploads her various kinds of beauty-related videos, including makeup tutorials, hairstyle hacks, and fashion vlogs. Besides, she uploads her new videos on her channel BeautyChickee on every Wednesday and Friday.

On the other hand, she also rose to fame as being the girlfriend of an American singer-songwriter, Corbyn Besson. Apart, she has a video series called "Chickee Chit Chat" where she talks about growing up. Her most views videos include "Summer Morning Routine, Cuddling & Kissing My Ex-Boyfriend!?, and many others. Besides, she also appeared on the MTV Video Music Award Pre-Show in 2014.