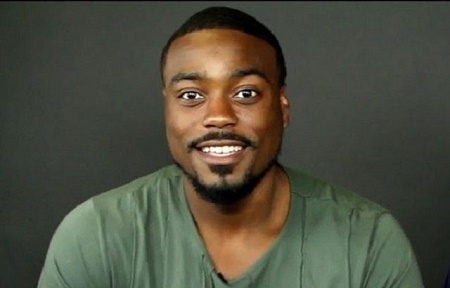 He was born on 20 May 1987, in Houston, Texas United States. He holds American citizenship and is of African-American ethnicity. During his college, the University of Miami, he spent four years playing collegiate football.

Reggie and Tami Got Secretly Hitched in 2018

The 33-year-old Youngblood and the 50-year-old Roman tied the knot in Las Vegas on 17 August 2018. He is 17 years younger than her. But despite the difference in age the pair couldn't stop falling in love with eachother.

They were married in a secret ceremony but have not yet shared details of their wedding with the media. They reportedly received a certificate of marriage from Las Vegas in August 2018 according to online reports. "This man genuinely loves me and this is something that he wants and never experienced," The Real World vet said on Sister Circle.

Now, even after suffering several heartbreaks, the married couple plan to grow their family. Unfortunately, the star of the Vh1 's Basketball Wives suffered three miscarriages, one of which happened in 2015 when she was six months pregnant.

So, because of this heartbreak, the couple is thinking of different ways of having a baby of their own. This time, through a surrogate. "He has no children. We tried three times. We, unfortunately, we suffered three miscarriages. And now, we're considering a surrogate", she told while speaking on Fox Soul to Keyshia Cole.

His Wife is A Mother of Two Children

From her failed marriage to Kenny Anderson, Tami has become a mother to two children. He is a former American basketball player who was a professional point guard from 1991 to 2006, mainly in the National Basketball Association ( NBA).

The exes' spouses wed on 26 August 1994. Roman and her ex-husband Anderson, 49, share two younger children, Lyric Anderson, 25, and Jazz Anderson, 23, who is a hip-hop musician. However, the two ended their marriage on February 15, 2001, after being together for 6 years due to irreconcilable differences.

The Total Amount of Reggie Youngblood's Net Worth

Reggie Youngblood has certainly gained enough to lead a lavish lifestyle, working as a former NFL prospect and a prosperous entrepreneur. Although his net worth remains undisclosed and under review, it is estimated at about $200,000.

On the other hand, his life partner, Tami Roman-Youngblood is better known as Tami Roman, is earning a heavy amount of fortune. As of June 2020, she has an impressive worth of $3.5 million. She has earned this amount through her works as a television personality, model, businesswoman, and actress.

Similarly, Tami became popular in 2010 on Sundays at 10/9c alongside Reggie as the two cast members of the VH1 reality show Basketball Wives. Shaunie O'Neal and Angel Brinks also starred in the show.

Stay Updated With Married Celeb for more Biographies and Gossips on Celebrity Partners!!!