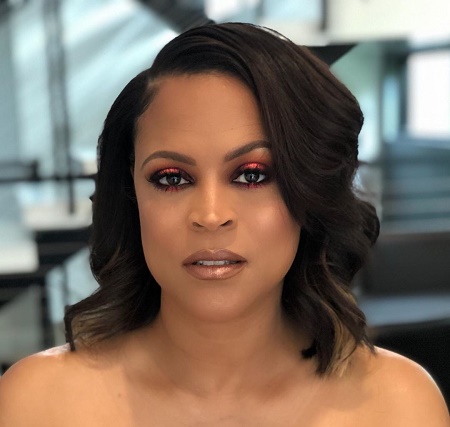 American tv personality, activist, and philanthropist, Shaunie O'Neal is known as the ex-wife of the iconic basketball player Shaquille O'Neal. She works as the executive producer for the VH1's reality shows, Basketball Wives, Basketball Wives LA, and Baller Wives.

Shaunie was born as Va'Shaundya Karlette "Shaunie" O'Neal on November 27, 1974, in Wichita Falls, Texas, the U.S. At the age of 10, she moved to Los Angeles, along with her family. For her education, she is a graduate of the University of Southern California in 1997.

The former film marketer, Shaunie, came to limelight when she got hitched with one of the well-known basketball players, Shaquille O'Neal. Likewise, she first met her boyfriend, O'Neal, in the year 1997.

After nearly five years of dating, the lovebirds wed in a secret ceremony on December 26, 2002, in the presence of family and friends. They exchanged wedding vows at the Beverly Hills Hotel on Sunset Boulevard.

Finalize the Divorce in 2009

On September 4, 2007, after five years of marriage, Shaunie filed for divorce from O'Neal before a Miami-Dade Circuit court. She later said the pair had come back together, and the divorce had been withdrawn.

Ms. O'Neal nevertheless submitted a request to divorce on November 10, 2009, citing irreconcilable differences. After being together for seven years, they formally split their ways, but two remain close friends committed to co-parenting their children.

For now, the ex-wife of the NBA hasn't made any public announcements about reuniting with her ex-partner romantically. Therefore she is living a single life with her kids.

The 1.7 m tall TV star shares a total of four children with her divorced husband. The exes already had two children together before their wedding. Their first-born son, Shareef O'Neal, was born in January 2000, while a first daughter, Amirah O'Neal, born in November 2001 about a year later.

Later, the duo gave birth to two more children Shaqir O’Neal and Me'arah O'Neal, in 2003 and 2006, resp. Their eldest son, Shareef, is a famous basketball player who committed in 2018 to UCLA. However, at a young age of 20, Shareef, 20, undergoes open-heart surgery.

Past Affair of Shaunie and Shaq

The 45-year-old Shaunie shares a son named Myles O'Neal from her former relationship with Daven Baptiste. Also, the former player of the Los Angeles Lakers has a daughter named Taahirah O'Neal with his former girlfriend, Arnetta Yardbourgh.

It was reported O'Neal, and Dominica Westling had an affair allegedly between 2009 and 2010 when Shaq was still committed to his wife, Shaunie. Besides, he and his new girlfriend Annie Ilonze have remained together from 2009 to 2010.

The Basketball player, 7 ft 1 inch tall, was in a relationship with reality TV personality Nicole Alexander from 2010-2012. More to that, the NBA Hall of Famer Shaquille dated model Laticia Rolle from 2014 to July 2018.

How much is Shaunie O'Neal worth?

The ex-wife of Shaquille O'Neal, Shaunie O'Neal, is an American television personality and producer who has a net worth of $35 million as of 2020. From her marriage to Shaquille and from a growing career as an entrepreneur, she has gained her fortune. Angel Brinks also starred in Basketball Wives LA.

Nonetheless, after a divorce, Ms. O'Neal got $300 million, and her income comes from $5 million a year in compensation for alimonies. Besides, she also receives $100,000 a month in child care. Also, another NBA player, Steve Smith's wife, Millie Smith makes a decent amount.

Meanwhile, her ex-partner, Shaquille, has a total worth $400 million throughout his career as a basketball player, entrepreneur, and television host as well as. He earned at least $292 million in salary over his career.

Also, after retirement, the Hall of Fame center still receives nearly $60 million annually from sponsorship, Television commercials, and other business projects. Additionally, being the director of Papa Johns' board Shaq receives $8.25 million in salary.