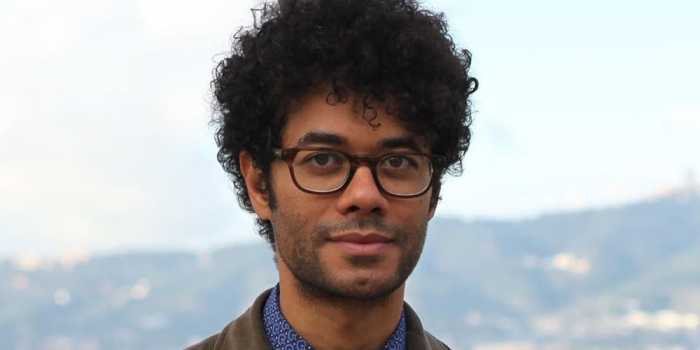 Richard Ellef Ayoade is a versatile personality who acted in films like Bunny and the Bull, At the Apollo, Festival, The Life and Death of Peter Sellers. Not just that, he also lends his voice in animated Hollywood hits like The Box trolls, Early Man, The Lego 2.

Born on 23 May 1977, in  London,  he attended St Joseph's College, Ipswich. Later on, Richard attended St Catharine's College, Cambridge from 1995 to 1998, where he won the Martin Steele Prize for play production. He was president of the amateur theatrical club Footlights from 1997 to 1998.

Richard Ayoade exchanged his wedding vows with the actress Lydia Fox in 2007. Both of them are English native and after dating for several years, the romantic couple decided to tie in a knot near their home town in London, Borough of Southwark.

Spouse of Richard belongs from the Fox entertainment dynasty where each and every one of her family members is engaged in the film industry. The duo is the parents of two adorable daughters,Esmé Bibi Ayoade and Ida Ayoade.

Host In The Travel Man

Travel Man is a fascinating documentary hosted by Richard. His episode broadcasts on UK television. In the show, he collaborates with a special celebrity and visits to the desired city in each episode. This show basically entertains and gives an overall idea to viewers who are planning for a trip.

Check out the trailer for Travel Man Series 9!!!

Ayoade featured some artists like Kathy Burke and both of them traveled around Barcelona in 48 hours. Similarly, he has also featured acts like Greg Davies, Stephen Mangan, and Jessica Hynes in his show and in 2020. He is presenting for season 9 of this show.

An English comedian-actor Richard stunned the crowd with his books. His first book The Double is a black comedy thriller which was later portrayed in a film. He other publish Ayoade on Ayoade in the same year is like an autobiography of him.

His other book The Grip of Film published on 2018. This book's trip can be labeled as an effort to explain How In Hell Film Works. His 2019 book name is Ayoade On Top.

Born and raised in Hammersmith, Ayoade belongs to the mixed ethnic group. His father Layide Ade Laditi Ayoade is a Nigerian and his mother, Dagny Baassuik Ayoade is a Norwegian native.

Richard's family moved Ipswich, Suffolk when he was young. In Ipswich, he completed his education from St Joseph's College. During the college days, he became obsessed with reading books and film directing.

Co-Starring In The Mandalorian

The Mandalorian, also known as Star Wars Spin-off is an American space Western web television series created by Jon Favreau and it is released on Disney+. Richard has made an appearance on the show with Mark Boone Jr.

This series contains eight-episode in the first season where Ayoade featured an artist like Nick Nolte and Pedro Pascal. A second season is set to premiere in October 2020. So far the series has received positive reviews from an audience and critics.

The 42 years old artist gained most of his fame through the role of socially awkward IT technician as Maurice Moss in The IT Crowd. where he earned around $800,000 to $1 million. As per 2020, Richard has collected a jaw-dropping net worth of $8.5 million.

Before, entertainment industry he severed as the president of Footlights at St Catharine's College, Cambridge between 1998 to 1999 where he used to earn $250,000 annually. Richard also featured his voice for several animated movies like The Box trolls, Early Man, The Lego 2 where he gained thousands of dollars.

In addition to that, he is also a great actor and acted on several Hollywood movies like Bunny and the Bull, At the Apollo, Festival, The Life and Death of Peter Sellers through which he must have earned millions of dollars.

Nowadays, he seems to considered a great artist in T.V series where he has acted on series like Snuff Box, Time Trumpet, Man to Man with Dean Learner, Nathan Barley, The Mighty Boosh, Garth Marenghi's Darkplace and perhaps by working in so many series must have provided him to gain millions of dollars.

For further updates on Actors, stay updated with Married Celeb!!!