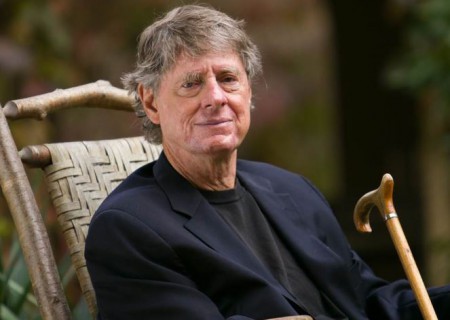 The three-time Emmy award-winning journalist, Richard M. Cohen, also works as a television producer and an author. Additionally, he is a former senior producer for CBS News and CNN. Cohen occasionally writes columns for the "Health and Fitness' section of The New York Times.

Richard lives happily with his longtime wife, Meredith Vieira, and the couple has three children from their marital relationship. The power couple in the journalism field lives a decent lifestyle despite having a net worth in millions.

Richard is married to Meredith Vieira, one of the most prominent faces in the journalism industry. Vieira and Cohen were two young reporters who fell in love, and they tied their wedding knot on June 14, 1986.

The lovebirds' wedding ceremony was held in their freshly renovated apartment garden on 105th Street. For your information, the couple dated for three years before marrying each other in 1986.

The husband-wife duo has been together for over thirty-three years as of 2019. They reside along with their children in Irvington, Westchester County, New York. Till now, there are no rumors of their separation. The journalist power couple can be seen in many TV shows praising each other's work and support.

How the couple first met each other?

Meredith and Richard first met back in 1983. At the time, Vieira served at the CBS News's Midwest bureau located in Chicago. On the other hand, Cohen worked at CBS' New York City offices, where he specializes mostly in political coverage.

Meredith revealed on The Dr. OZ Show in 2018 that one day Richard came in from New York to do a story in Chicago about the governor's race and said something "so obnoxious" to Meredith.

Meredith and her spouse, Richard has three children, Benjamin Edwin Cohen, Gabriel Anthony Cohen, and Lily Max Cohen. Their first child Benjamin was born in 1989, while their second child, Gabriel, was born in 1991. Their third child, Lily, was born in 1993.

For your information, Gabe previously worked at the KHQ News. He is engaged to the former KHQ reporter Alli Flicker, and the two are going to marry soon.

Richard, who is legally blind, is also living with multiple sclerosis and autoimmune disease that targets the central nervous system. Meredith gets real about coping with the tough days telling that she and her husband allow each other to open up.

In his new memoir, Richard expressed that although his illness didn't faze Vieira, he writes that his selfish reaction to the disease hurt their marriage. He has had multiple sclerosis since he was 25 years old, and he also has had two bouts of colon cancer, one in 1999 and one in 2000.

Despite being a popular figure in the journalism industry, Richard's exact net worth is unknown. Some sources claimed that he might have a net worth of over $20 million as of 2019.

The primary source of his income was his career as a television producer and journalist. He is also a former senior producer for CBS News and CNN.

On the other hand, his spouse, Meredith, has a net worth of $40 million, and her annual salary is about $11 million. She earns a staggering income from hosting shows such as Today show, Who Wants to Be a Millionaire, etc.

Cohen has been the recipient of numerous awards in journalism, including three Emmys, a George Foster Peabody, and a Cable Ace Award. Further, he is the recipient of an honorary Doctor of Humane Letters at Simpson College and The Mt. Sinai Hospital School of Medicine in New York.

Also, he received the 2009 AARP Inspire Award. Cohen is one of the members on the advisory council of the NeuroDiscovery Center at Harvard Medical School.

Cohen is the author of several books such as the 2004 Blindsided, which chronicled his battles with multiple sclerosis and cancer, and Strong at the Broken Places in 2008, both New York Times Best Sellers.

Cohen’s latest book, I Want to Kill the Dog, was published in 2012. Cohen wrote Chronically Upbeat, a semi-weekly online column for AARP: The Magazine.

This article is about the American journalist, Richard M. Cohen. To know about your favorite personality, follow marriedceleb.