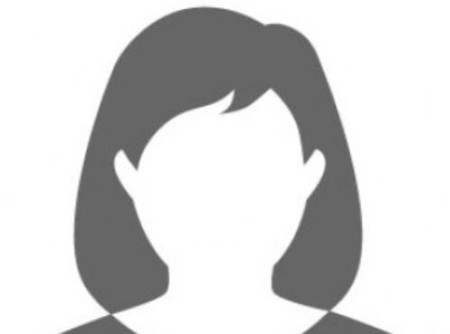 In the entertainment industry it is typical for renowned stars getting involved in intimate relationships. Some are lucky enough to live their life with loved ones, while some only get a handful of painful situations. Mick Mars, the co-founder of the rock band, 'Motley Crue,' has been in several relationships. And Robbie Mantooth, one of his ex-girlfriends, had a bitter experience with him.

Who is Robbie Mantooth? She is not a celebrity neither she is a popular star. Robbie, whose personal details remain a mystery, is best known as the former girlfriend of Mars, who is a musician and lead guitarist. So, how long they dated each other? Why did they separate?

Mick Mars and his then-girlfriend, Robbie, first met around 1990. At the time, Mantooth was a documentary filmmaker, although there are no records available of her work. Further, Mars was already married to singer, Emi Canyn.

After Mick and his then-wife Emi separated in 1993, Robbie came closer to the Motley Crue's founder. The pair officially began dating around 1995. Additionally, Robbie even left her job to live with Mars in Malibu, California. The couple then went to live as partners for many years.

Reason for their Separation

Mick and Robbie separated in 2004, and the former couple had a relationship for almost 12 years. The exact reason for their separation is not known, but later they went to have many legal issues. In 2005, Robbie sued Mars for $10 million, claiming that the rock star promised to look after her for life. As of 2020, Mick Mars has a net worth of $70 million.

Further, Mantooth made accusations against Mars that he backed off from a verbal agreement. Mantooth reportedly wanted half of Mars' property as well as monthly support and damages. She claimed that the former couple would evenly split their property if they ever split.

Details about Mantooth's Lawsuit against Mars

As the paparazzi regularly followed Mars, his privacy was very important to him. He later settled the case to avoid unwanted media and public attention. Likewise, Mantooth also agreed that she would not disclose any future financial information about Mars to anyone.

However, in March 2006, Mars sued Robbie for violating the agreement. The original settlement amount wasn't disclosed, but the court documents revealed that Mars still owed Robbie a total of $300,000. It was found that Mantooth allegedly tried to access one of Mars' bank accounts through a collection agency. Later, she was ordered to pay $212,000 in damages for her behavior.

Who is Robbie's Ex Married to?

The global star, Mars, is a married man, and he has a lovely wife named, Seraina Schonenberger. She is a Swiss model who has appeared on cover magazines of several luxury brands. Do you know Mars and his wife have a huge age difference of nearly 30 years?

Mick and his spouse, Seraina married in 2013 while they first met in 2007 in one of the Motley Crue's concert. The couple do not share any kids as now, and they both live a happy married life. Concerning Mantooth, the details about her current whereabouts is a mystery as she rarely makes any public appearances.

To know more about your favorite celebrity, follow marriedceleb.