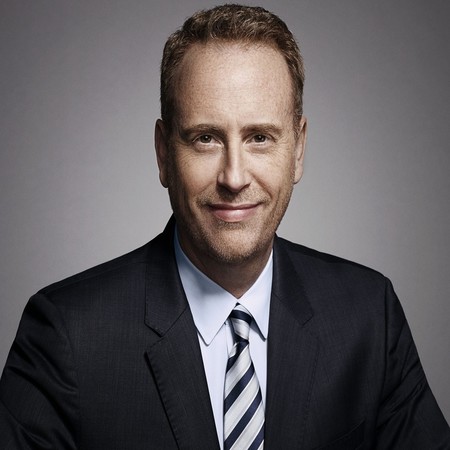 The former NBC Entertainment Chairman, Robert Greenblatt was born in 1960, in Rockford, Illinois, USA. He grew up and raised by Catholic Parents. So, Robert attended Boylan Catholic High School. Later, he completed his Bachelor of Fine Arts in theatre management from the University of Illinois. Apart, he earned a Master of Fine Arts from the USC School of Cinema-Television's Peter Stark Producing Program.

Well, Robert, 60, openly accepts that he is gay likewise Jerry Penacoli. However, it is very difficult to confirm if he is dating someone or still living a single life. As there is rumored that he might be in a secret relationship with former NBCUniversal executive Richard Licata, according to TheWarp. But, yet we don't have exact information on their relationship.

Apart, we can only guess that he might be in deep love with him or it's just rumored spread by media and public. Besides, it is sure that Greenblatt is a very secretive person regarding his personal life and keeps it away from the media and public. As of now, he is fully busy with his works rather than being any kind of love.

On the other hand, the average salary of Chairman in the United State ranges from $200,485 per year. Robert also earns extra money from producing television shows and programs. With such a hefty amount of fortune, he is living a lavish and luxurious life.

Robert was named as the chairman of WarnerMedia Entertainment as part of AT&T's reorganization of WarnerMedia, on March 4, 2019. He oversaw HBO, Cinemax, TBS, TNT, and TruTV. However, he was responsible for helping oversee the development of HBO Max, the company's streaming service which launched in May 2020. However, he got fired from WarnerMedia August 2020 amid restructuring. But, still, the exact reason behind his fired is unclear.

The veteran and multi-talented, Greenblatt started his career at the Fox Broadcasting Company where he used to run programs like Beverly Hills, 90210,  Melrose Place, The X-Files, and Party of Five. He is an award-winning producer for dozen of series for various networks like Six Feet Under, Elvis, American Family, and many others from 1997 to 2003.