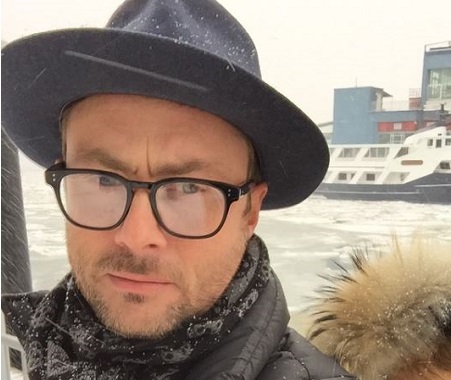 Royston Langdon is an English musician who is the best-known for being the lead singer and bassist of the rock band named Spacehog. It was formed in 1994 in New York City.

The band's most famous international hit is "In the Meantime", from 1996's album Resident Alien, released on October 24, 1995. Today let's grab more fascinating bio about him in the following sections.

Royston Langdon, aged 48, is now reportedly single man. But he came to highlight after being a marital relationship with now-estranged wife, Liv Tyler, whom he shares a son.

The ex-spouses were in a conjugal relationship for about six years. The lovebirds started dating back in August 1998. Finally, the couple became engaged in February 2001 after three years of love affairs.

After five years of dating, Royston and Liv exchanged the wedding vows on March 25, 2003, in a private ceremony in Barbados. But suddenly things went sour between them.

They revealed on May 8, 2008, that they were separating amicably through their respective representatives. Their divorce was finalized in 2009.

Yes, in the second year of their five-year marriage, they welcomed a young son named Milo William Langdon. Their son Milo was born on December 14, 2004. As of now, he is just 15 years old.

Today, the pleasant exes still seem to be on good terms even after the split. More to that, they co-parent their son together.

Yes, the American actress Liv Tyler, 43, is officially off the market. She is in a relationship with her long term partner, Dave Gardner, an english sport and entertainment agent

The 1.73 cm tall Dave and Liv first met in 2014 where they were introduced to each other through mutual friend or supermodel, Kate Moss. Finally, within a year, they became engaged in July 2015.

From their relationship, the engaged lovebirds have two children, a son Sailor Gene Gardner born on February 11, 2015, and a daughter, Lula Rose Gardner, born in July 2016. daughter.

What is Royston Langdon's Net Worth?

As of 2020, Royston Langdon has a net worth of $4 million, as per CelebrityNetWorth. He has built his fortune thorough his singing career. He is known as the lead singer and bassist for 1994's band Spacehog. The band's members are Antony Langdon, Jonny Cragg, and Richard Steel.

Their debut album Resident Alien released in 1995 on Sire records has reached the top 50 in the US, Canada, the UK, and as well as Australia. Moreover, they released famous singles like Girls Like You Like Me, Only Dreaming, and Disguise My Youth.

Meanwhile, his ex-wife, Liv who shifted her focus to acting in the early '90s known as one of the professional actresses worldwide. As of 2020, she has an impressive net worth of $20 million through her acting and modelling work. Whereas her father Steven enjoys the worth of $130 million.

She is known for starring as Arwen in three epic fantasy-adventure films The Lord of the Rings directed by Peter Jackson. And the one most successful film series ever made a whopping $3 billion in receipts worldwide.

Royston Langdon was born on May 1, 1972, in Leeds, the United Kingdom as Royston William Langdon.  He has a brother named Antony Langdon. So far, he holds English citizenship and is of white ethnicity.