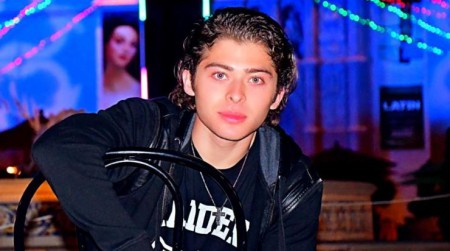 Who is Ryan Ochoa?

Young artist such as Ryan Ochoa is an example of a visionary youth. He is an American actor and musician who began his career at the age of 5. Further, he is best known for playing the character of Lanny on the Disney XD series, 'Pair of Kings.' Similarly, fans also recognized him as Chuck Chambers on the Nickelodeon series, 'iCarly.'

The 23-year-old, Ryan began his career early doing commercials and later working in feature films, such as “A Christmas Carol” starring Jim Carrey. Now let's know details of his personal and professional life.

Ryan Ochoa was born on May 17, 1996, in San Diego, California, the United States. As of 2019, his age is 23 years and his birth sign is Taurus. Ryan was born to mother Deanna Espero Ochoa and father, Robert Ochoa. Ochoa comes from a diverse heritage and is of Mexican, Italian, Russian Jewish, Filipino, English, and German descent.

Ryan has four siblings all together who are all actors. He is the younger brother of Rick Ochoa and the older brother of Raymond, Robert, and Destiny Ochoa. At 8, Ryan was cast in a national commercial for Dairy Queen.

He debuted with the 2007 film, Nostalgia and has appeared in television shows such as iCarly. Likewise, Ryan also appeared in Disney's 'Friends for Change' and Disney XD series, 'Pair of Kings.'

Currently, Ryan works as a producer and director of films and music videos as well. His musical group with his 3 brothers, 'The Ochoa Boyz' also collaborates with other artists. Additionally, Ryan has a production company called, 'Triple ‘R’ Productions.'

Ryan Ochoa at the age of 23 now seems to be living a single life without any romantic affairs. It seems he don't have a girlfriend currently, but he also hasn't revealed his relationship status. However, he has dated beautiful girls in the past.

Ryan has been in a romantic relationship twice which didn't went to his favor. Both of his romance didn't last long. Let's begin with his first affair. From 2002 to 2009, Ryan was pretty close to Sammi Hanratty, an actress known as Whitney Brown in the film, The Greening of Whitney Brown.

It is extremely shocking to hear that Ryan and Sammi dated when they were still under 10. However, it might be two children seeking each other as friends. Afterward, Ryan started dating actress, Ryan Newman in 2009.

Ochoa and Newman met at the set of Disney XD' sitcom, Zeke and Luther. Sadly, their relationship lasted only for three months. Well, Newman also dated actor Jack Griffo from 2014 to 2017. Moreover, Ochoa is not married yet and he is focused on his professional career.

As of 2019, Ryan Ochoa has a net worth of $1 Million. From his acting career, Ryan amassed a decent amount of net worth. He has appeared in several hit movies and TV show. His movie, A Christmas Carol collected $325.3 million at the Box-Office.

Apart from acting, Ochoa can be seen promoting brands like Beats by Dre, Mercedez, Vlado Footwear, among others. Therefore, he earns a huge sum of income. Further, Ochoa is the founder of a production company and produces music videos and films for other artist as well.

Along with his siblings, Ochoa also tours around performing their music gigs. The Ochoa Boys has still a lot to achieve in the coming days.