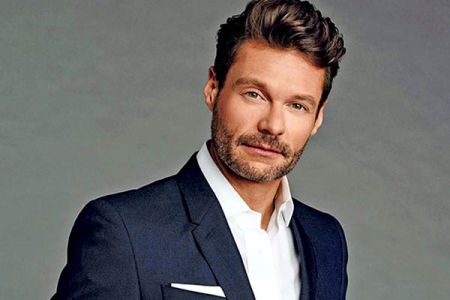 Primetime Emmy Award-winning radio personality, Ryan Seacrest is one of the most entertaining and energetic personalities who won the hearts of millions with his catchphrase, "Seacrest, out!". He is also well known for his voice as the father of Butter Pants in the animated adventurous comedy movie, Shrek Forever After. He recently hosted a TV special, Dick Clark's New Year's Rockin' Eve 2020.

Seacrest was born as Ryan John Seacrest on 24th December 1974 in Atlanta, Georgia, United States. He is the son of Constance Marie Zullinger, a homemaker and Gary Lee Seacrest, a real-estate lawyer. He grew up with his sister, Meredith Seacrest, who's a TV producer. Find more in details about Seacrest's personal life in the below.

What is Seacrest's Current Relationship Status?

American Top 40 radio host, Seacrest is reportedly not dating and lives a single life. Despite being a media personality, he is still down to Earth and keeps his personal life far away from the media's attention.

Seacrest is focusing on his morning and night anchoring and hosting schedules to maintain his name in the field of entertainment. Other than that, he is so curious to achieve his career goals so that he has no time to get married as of now.

The 45-year-old radio personality, Seacrest initially started dating an American model, Sara Jean Underwood in 2007. The duo, however, ended their affair after revealing they had an on-and-off relationship on The Howard Stern Show in 2009.

Following that year, Ryan began dating a professional dancer, Julianne Hough, whom he met on the reality show, Dancing with the Stars in April 2010. Unfortunately, they also split up after living in a three-year relationship on 15th March 2013.

Seacrest eventually met a New Mexico-based model, Shayna Taylor at a restaurant in Los Angeles, CA, in March 2013. Shortly after their first meeting, they began and split up in December 2014 due to some misunderstandings.

The couple fortunately reunited after three years and reignited their romance in September 2017. But this time, they separated amicably for the last in January 2019 after enjoying their company for three years.

Ryan Seacrest's net worth is $430 Million as of 2020, which is more than Greg Gutfeld's net value. Back in 2019, he earned a total earnings of $71.5 Million, including $10 Million from hosting Dick Clark's New Year's Eve, interviews in red carpet, and radio show. He also received $15 Million from his anchoring on American Idol: The Search for a Superstar from 2009 to 2010.

Take a look at the trailer of Shrek Forever After

As a voice-actor, Seacrest voiced in a blockbuster hit movie, Shrek Forever After, which became the 5th highest-grossing film of 2010. The movie grossed $238.7 Million in the United States and Canada and $513.9 Million in other territories for a total of $752.6 Million with an estimated production budget of $155 Million.

Live with Kelly and Ryan host, Seacrest collaborates with the CEO of Burberry fashion house, Christopher Bailey since 2009. Together they designed suits for attending red carpet events. Ryan also created his own fashion collection, Ryan Seacrest Distinction, launched in 2014.

Seacrest has also done a partnership with a luxurious department store chain, Macy's, where he helped to sell branded suits, sports coats, and winter wear clothing accessories. His other brand endorsement deals are with Itochu, Randa Accessories, Polished, and so on.

As a socialist, Seacrest established a non-profit organization, Ryan Seacrest Foundation in 2010, which helps to provide food services for the needy people and giving medical care for the underprivileged peoples. Two years later, he recognized Selena Gomez as the Ambassador to his foundation.

Seacrest even partnered with the Atlanta Braves so that he can promote non-profit charity work, SunTrust Park with the campaign, "Welcome Home." He currently serves as the board member for the Los Angeles County Museum of Art's trustees and chairperson of the GRAMMY Foundation board.

The reality TV host, Seacrest lives a life of a millionaire in his luxurious homes located in California. He bought his first house in Los Angeles, California for $14,950,000, which consists of six bedrooms, six full and one-half bathrooms on 10,000 square feet. Likewise, Jeff Probst and Liberte Chan also resides in a big rooftop located in California.

On the other hand, Seacrest owned his second habitation in Beverly Hills, California from the former owner and good friends, Ellen DeGeneres and Portia de Rossi for $49 Million. His residence is based on 9,200 square feet that feature two master bedrooms, three full and one-half bathrooms, a pool, and a pavilion.