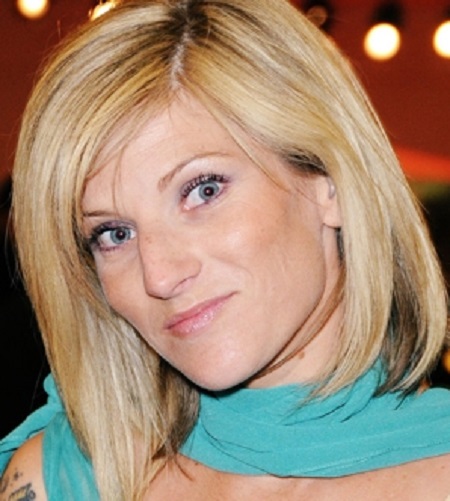 Most of you might be familiar with the name of the popular Amerian actor, writer, musician, and director, Ethan Hawke. But only a few of you know about his second or current wife, Ryan Shawhughes. She works as an actress and producer who is known for The Hottest State (2006), First Reformed (2017), and Blaze (2018).

She was born in 1979 in the United States. Born to the American parents, she holds American and belongs to the white ethnicity. So far, she is a graduate of Columbia University.

Yes, Shawhughes and her life partner, Ethan has been living a blissful married life for over a decade in New York City. Recently in June 2020, they have celebrated their 12 years of a marriage anniversary.

She met her future husband Hawke in 2009 while he was already wedded to his first actress wife, Uma Thurman. When she had been working as a nanny for the two children of Uma and Ethna, Ryan fell in love with Hawke and started dating. The actor again said "I do," this time to Ryan Shawhughes, in 2008.

That means, Pulp Fiction' star reportedly cheated on his first wife, Uma. But he always dismissed speculation about their marital relationship saying that his first marriage disintegrated due to many pressure and none of them remotely related to Ryan.

Following Ethan and Thurman's divorce in 2005, the couple started flaunting their love romance on the media tabloids. Three years later they tied the knot on June 21, 2008, privately.

She is a Proud Mother and Stepmother Of Two Kids

From their beautiful matrimony, Shawhughes, the 5 feet 8 inches tall and her spouse, Ethan are happy parents of two little daughters. After a few weeks later of their wedding, they welcomed their firstborn daughter, Clementine Jane Hawke on July 18, 2008.

On April 21, 2011, the duo announced that they are expecting their second baby together. On August 5, 2011, their youngest daughter Indiana Hawke, was born. Further, she is a proud mother of two teenager stepchild.

Aged 49, Ethan and his first wife, Thurman, aged 50, has one daughter Maya Hawke born on 8 July 1998 and son Levon Roan Thurman-Hawke, born on 15 January 2002. Maya, aged 22, has already entered in the show biz. She is an actress and model who came to fame after portraying as Robin Buckley in season three of Stranger Things.

Not only this actress Uma share one daughter, Luna Thurman-Busson, 8, by the past relationship with former fiance Arpad Busson. Likewise, the former couple, Hawke and Uma had divorced in August 2005 after marrying for seven years. They were married on  May 1, 1998, after meeting for the first met on the set of film Gattaca in 1997.

Ryan must have garnered a decent amount of money from her professional producing career. She made her first debut with the film The Hottest State as Williamsburg girl in 2006 which was directed by her husband, Ethan. As of 2020, her net worth is around $500 thousand.

In addition, Shawhughes has served as an associate producer for First Reformed in 2017, The Hottest State and Blaze in 2018. Thus, she might be paid the salary of $67,326 per year, which is an average salary of the producer in the United States.

Meanwhile, her celebrity husband, Ethan shares a whopping net worth of  $55 million as of early 2020. He has accumulated his total fortune throughout his three decades of a career as a director, actor, writer, and musician.

Over his entire career, he has worked in above 50 films such as White Fang, Training Day, Waking Life, Before Sunrise, Before Sunset, Before Midnight, etc. Apart from acting, Hawke has authored two novels The Hottest State and Ash Wednesday.