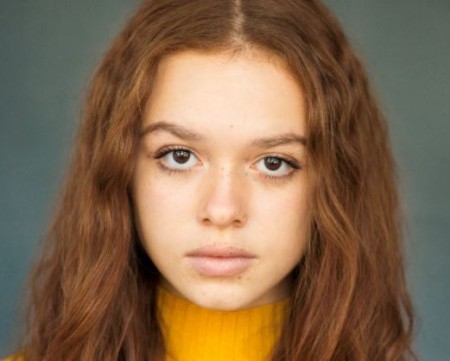 Sadie Soverall is an English actress who portrays Beatrix's character in Fate: The Winx Saga, a Netflix's teen drama series. Sadie is a newcomer, and her first major tv role is Beatrix. Previously she appeared as Eva in the tv series Rose Plays Julie in 2019.

Sadie Aileen Soverall was born on January 17, 2002, in Wandsworth, South West London, England. She is of white ethnicity and belongs to an English nationality. There is nothing much information available about her family background.

Soverall began acting since her school. She attended Parkgate House School and appeared in the school production of Twelfth Night. Additionally, she studied A-Levels at the Emanuel School and graduated in 2020. Now, let's know some interesting details about this young actress.

At age 19, Sadie Soverall is single. Hence, she doesn't have a boyfriend. Also, she prefers to keep her relationship status private. Other than that, Soverall is a fun-loving and outgoing personality, While she is not working, the Fate actress like exploring new places and doing adventure.

It seems Sadie is primarily focused on her career rather than getting involved in a romantic relationship. Her co-stars from Fate, Elisha Applebaum and Hannah Van Der Westhuysen are also reportedly single.

Sadie keeps sharing pictures of her friends on social media. She often attends parties and outdoor functions. While Soverall has many male friends, it seems she has yet to find the right boyfriend.

Sadie Soverall's net worth is unavailable. She is an actress who began her career in 2019. As of this writing, Soverall has worked in just two tv shows. Further, she has yet to make a debut on the big screen. It is also unknown how much she earns for starring in Netflix's new series, Fate: The Winx Saga.

Now let's talk about the income of tv actors. On average, television actors are known to have earned somewhere between $39,976-$78,544. However, the earnings are different for each show. For example, Millie Bobby Brown, who starred in Stranger Things, once earned up to $100,000 per episode.

Netflix's drama Fate: The Winx Saga is inspired by the Nickelodeon animated series, Winx Club. The series follows the adventures of five fairies in training as they attend magical boarding school. In the show, Soverall portrays Beatrix, an air fairy who can manipulate electricity.