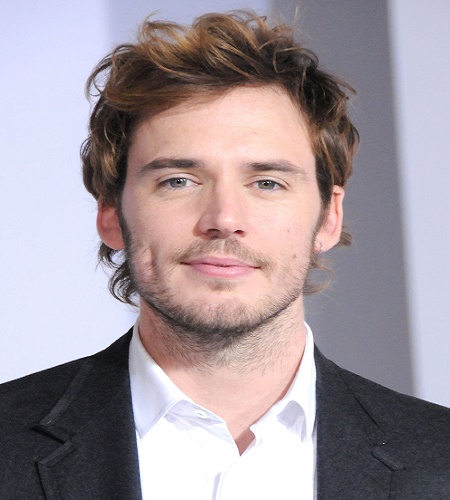 English actor, Sam Claflin is best known for portraying Finnick Odair in The Hunger Games film series (2013–2015) , Alex Stewart in Love, Rosie (2014) and Will Traynor in Me Before You (2016). Some of his hits TV shows are Peaky Blinders, The Pillars of the Earth, Any Human Heart, White Heat, United, Daisy Jones and The Six.

Peaky Blinders' star was born on 27 June 1986 as Samuel George Claflin in Ipswich, United Kingdom. Likewise, he is the thirdborn boy of father, Mark and mother, Sue Claflin. His two older brothers are Benjamin, Daniel and a younger brother Joseph born in 1989.

The Hunger Games actor Sam was actually married to actress, Laura Haddock for six years from 2013 to 2019. He and ex-wife Laura first started dating in the year 2011 just before 2 years of wedding.

Likewise, actor once opened up about his romantic relationship with his partner, Laura, confessing at first sight that it was love. He revealed: "My wife, Laura, is undoubtedly my best friend. We met at an audition for My Week with Marilyn and there was an instant spark.

Then 2 years later of a love affair, the English stars Claflin and Haddock became officially wife and husband when they walked down the aisle on July 30, 2013. The private wedding ceremony was attended by their loved ones including the groom and bride's both family and friends.

Had to Divorce After 6 Years of Marriage

Sadly, the British star, who currently stars in gritty BBC drama Peaky Blinders got legally divorced with Inbetweeners actress, Laura on August 19, 2019. They parted their ways actually after being together for six years.

“Laura and I have decided to legally separate. We will move forward with nothing but love, friendship and a deep respect for one another, whilst we continue to raise our family together,”

Not only husband but wife, Haddock shared a similar statement on her own Instagram Story. For now, The Hunger Games star, however still shares a healthy attachment and good friendship together.

The divorced Hollywood couple, Claflin and Laura, shares two lovely kids from their married life together. Sam, who recently appeared at Journey's End, welcomed his son, Pip Claflin who turned four on December 15, with his ex-wife Laura.

Once again in 2018, Sam, 33, and Laura, 34, welcomed baby No. 2 named Margot Claflin. The actress's mother announced the news, announcing that their baby girl had finally arrived in her Instagram post.

Similarly, the actor father also announced the baby news that her wife Laura had given birth three weeks ago in an interview with Chris Evans and Geri Horner on BBC Radio 2. For now, the two happily co-parenting their two kids even after the division.

How Much is Sam Claflin Worth?

One of the renowned Hollywood actors, Sam Claflin has made a substantial amount of money throughout his acting job. As of 2020, he manages an estimated net worth of $6 Million as a film and TV star.

In addition, Party of four!, Clafin reportedly makes $950, 000 per year or $79, 166 from his acting debut. Currently, he is starring in the Series, Peaky Blenders as Sir Oswald Mosley (series 5), a fascist politician with Adrien Brody and Helen McCrory.

Sam Claflin has starred in many hit movies such as Me Before You(2016), The Nightingale (2018), The Hunger Games: Catching Fire(2013), The Nightingale (2018) and many more. The romantic movie, Me Before You earned $208 million worldwide on the budget of $20 Million. Similarly, the next film made $865 million worldwide against the estimated budget of $130–140 million.