Who is Samira Ahmed?

One of the most influencing women journalists, Samira Ahmed has already spent more than twenty years of her life working in the journalism field. Now, she is well known as a British freelance journalist and writer at the BBC.

Samira Ahmed was born on 15th June 1968 in London, the United Kingdom to the mother  Lalita Ahmed. Well, her mother is from Lucknow, India where she worked on the BBC World Service, in Brush House for Hindi service. Ahmed holds British citizenship and belongs to mixed ethnicity. Talking about her education, she attended Wimbledon High School and also joined St Edmund Hall, Oxford, between 1986 and 1989.

After graduating from City University, London, she obtained her Postgraduate Diploma in Newspaper Journalism.

Samira initiated started her career working as a graduate news trainer on Today program and News night at the BBC in 1990. Similarly, she also served on BBC World and BBC News 24 till 1997 as a news presenter. Later in she moved to Channel 4 News in April 2000 and started to work as a news presenter. But she let the channel after serving there for eleven years in 2011. 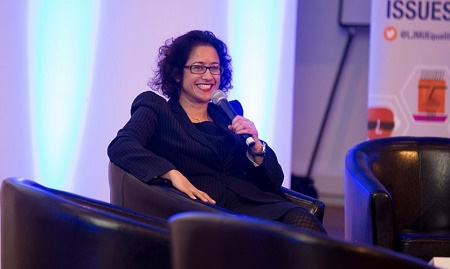 Since October 2011, Ahmed has been the frequent newspaper reviewer on Lorraine. She took over Ray Snoddy as Newswatch presenter on the BBC News Channel in January 2013. Moreover, she has presented many news and programs for BBC TV and radio such as The World Tonight, PM, Night Waves on Radio 3, The Proms on BBC Four and Sunday Morning Live on BBC One.

Samira won Broadcast of the Year for her 2009 film on so-called "corrective" lesbian rape at the annual Stonewall Awards. She also won in December 2010 the BBC's Celebrity Mastermind, with a specialist round on Laura Ingalls Wilder. She is not the only BBC journalist who has been awarded but Zeinab Badawi and Mishal Husain has also received honors for their work.

One of the famous TV personality is a married woman. Then you guys are excited to know who is her husband? Well, her love of life is Brian Michael Millar. Sadly, the other data about Brain isn't disclosed to the media. 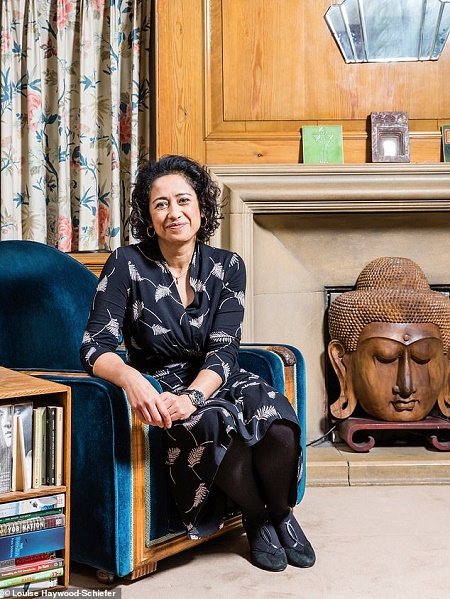 Ahmed and her spouse Michael are happily married. But the wedding details have not been publicized to the media which make it hard to guess when they tied the knot. Therefore, when it comes to their private lives, the couple is living a quite secret life. Besides, it is renowned that Samira lives with her husband in London.

Going through her Twitter post, she often tweets mentioning her husband but she never shares more about their marital relationship. Back in 2010, she tweeted a post talking about Brain. Similarly, in January 2017, she sated about her partner

The couple is proud mother and father two children, a son and daughter. Well, they both handlely raised their children together. As of now, the whole family currently lives in London.

Working as a journalist for more than a two-decade, Samira Ahmed has undoubtedly amassed a hefty amount of money. But the actual amount of Samira's net worth is still under review. But we can assume, Ahmed has earned a sufficient amount of wealth which is yet to be publicized into the media. 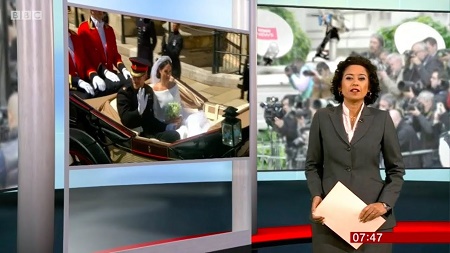 Image: Samira Ahmed's coverage of the Royal Wedding at BBC

The award-winning journalist and writer, Ahmed's salary and paycheck is only up to her. But, she's recognized as one of BBC's most influential female reporters so she makes above the $42 thousand to $46 thousand in the average wage at BBC.