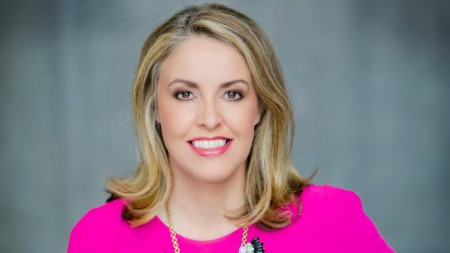 Who is Sarah Smith?

The 50-year-old, Sarah Smith is a Scottish Radio and TV news reporter popular as the daughter of late British politician, John Smith. He was the Leader of the Labour Party from 1992 until his death from a heart attack in 1994. Sarah holds the position of Scotland editor having joined the BBC in 2014. Well, just like Wendy Hurrell, Smith has been associated with BBC for a long time.

Additionally, she presents BBC Radio 4 Today program and has covered numerous national and international stories. For the coverage of Madrid Train Bombings, she won an International Emmy in 2004. So, let's know in full detail about who Sarah Smith is.

Sarah Smith was born as Sarah Elizabeth Smith on November 22, 1968, in Edinburgh, Scotland. Her father John Smith served as Leader of the Labour Party, while her mother Elizabeth Smith is a British peer and patron of the arts.

Sarah went to a school in Morningside, Edinburgh, where she grew up with sisters Jane Smith, a costume designer and Catherine, a lawyer. Talking about her education, Sarah graduated with a Master of Arts from the University of Glasgow in 1989.

Smith began her career as a graduate trainee with BBC Scotland. In 1991, she moved to London as an assistant producer with BBC Youth Programmes. Sarah has worked as a producer for the BBC on programmes as diverse as Newsnight, Public Eye and Rough Guides.

Sarah worked as a reporter for 5 News program and was the first newsreader on More4 News on Channel 4's digital television sister channel More4. She was Channel 4 News' Washington correspondent before moving to the post of Business correspondent in the summer of 2011. In September 2017, Smith became the presenter of the Sunday Politics program on BBC One.

Fans are curious to know the personal life of Sarah Smith. So is she married? Does she share any children? Wel;, she is a married woman and she also has children. Let's know who is her husband.

Who is Sarah Smith's Husband? Know about their Kids

Sarah Smith is married to Simon Conway, an author, former British Army officer and co-chair of the Cluster Munition Coalition. The eldest daughter of late Labour leader John Smith, Sarah married Conway on September 22, 2007, at Iona Abbey in a ceremony attended by her Channel 4 News colleagues and leading politicians. The couple had engaged in February 2007.

Sarah's sister Jane was the matron of honor, while Catherine was a bridesmaid. The couple decided to marry in Iona because the island is a very special place of Sarah as her father was buried on the island in 1994. From their martial solidarity, Sarah and Simon has two daughters.

How much is Sarah Smith's net worth and earnings? She has served in the journalism career for more than two decades hence she must have amassed a higher income and earnings. So, what is her exact net worth? As of 2019, Sarah Smith has a net worth of $2 million. Additionally, Smith as a BBC reporter earns an annual salary of over $68,000. Like smith another journalist, Carol Kirkwood also has a similar net worth.

When asked about her fortune, she once revealed:

“Everything that has ever happened to me has been a complete accident,” Smith said in 2007. People think you must have a career plan, but I could never have planned a single thing.”