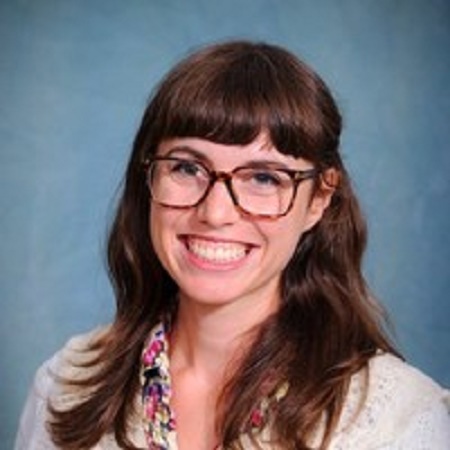 Sarah Ziolkowska by profession is a Librarian and Reading Specialist at Park Century School in Culver City, California. Most importantly, Sarah is famous as the former wife of Canadian writer, comedian, actor and entrepreneur, Nathan Fielder.

Born as Sarah Joy Ziolkowska in the United States, Ziolkowska holds American citizenship and is of white ethnicity. She studied Master of Library & Information Science (M.L.I.S.) at Dalhousie University from 2007 – 2009 and Bachelor of Applied Science (B.A.Sc.) Psychology 2002 – 2007 at the University of Toronto.

How was Sarah and Nathan's Married Life?

The former teaching assistant of Dalhousie University, Sarah previously exchanged her wedding vows with comedian, Nathan Fielder. She met her future husband for the first time in 2007 and then they eventually started dating as a couple.

After dating for a long time, the two officially became husband and wife. Their bond grew even more stronger and deeper after marriage. Nathan and Sarah lived a happy marital life until things began to worsen.

Sarah, a children's librarian and Nathan, a Canadian comedian didn't share any kids from their nuptial relationships. So one of the reasons behind their division could be that they don't have babies.

Between Sarah and her husband, things went really well until fame and money came knocking on their door. This failed marriage is a perfect example of how much more important family and love are than fame and money.

When the actor succeeded in the entertainment industry then he began to keep distance himself from his wife. Their marital life, then, was run by fame. And things worsened when Sarah decided in 2014 to live separately because of Nathan's rude behavior, ego, and attitude.

On April 16, 2015, the married duo finally ended their relationship at the Stanley Mosk Courthouse in Los Angeles, California, without any chance of redemption.

What Happened to Nathan After the Divorce?

The hitmaker Nathan For You, who had initially remained silent about the divorce, came forward nearly a year after the event to talk about the separation. In an interview with AV Club in 2015, he stated:

"I went through a divorce last year, and I didn’t know how to talk about it at first because it was so shocking. “Shocking” isn’t the right word, but it’s a heavy emotional thing. And even though it wasn’t an extreme situation, it was very—what’s the word, John, where two people are cool with everything? “Amicable”?"

Further, the 36 years old comedian said that getting a divorce was worse than the disease. Similarly, he also compared his single life with cancer.

The Consultant writer of American Live TV series, Jon Benjamin Has a Van finds himself on a “date” with a lady named Maci somewhere in Arkansas. In November 2017, the two shared some adorable screen-time together during the two-hour Nathan For You season finale.

After Nathan's show had ended, Fielder and Maci were seen holding each other hands together. "The more things that we kept shooting, the harder it was to tell where the show ended and life started," the actor said during a voiceover. He even claimed he paid her $350 for an hour's hanging out.

As of now, Nathan, who usually shoots his show from Los Angeles, wants to keep most of his girlfriend details away from the media or hidden from the world.

Working as a  Librarian and Reading Specialist, Sarah Ziolkowska earns a good amount of money. Her estimated net worth is $30,000 thousand as of 2020. Likewise, the average salary of a Librarian in Canada is $59230 based on experience. Thus, Nathan's ex-partner Sarah holds as a salary in a similar range.

On the other hand,  Nathan Fielder has accumulated an estimated net worth of $5 million as of early 2020. By working in the entertainment industry as an actor, comedian, writers, director, he is able to make this money.

To know more about your beloved celebrities, follow marriedceleb.