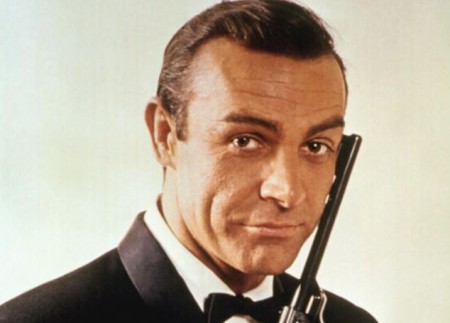 Sir Sean Connery rose to prominence after he portrayed the character James Bond in the big screen. He was the first actor to play Agent 007, a charismatic and sexy character and went to appear in seven Bond films.

The Scottish actor died peacefully at his home in Nassau in the Bahamas on October 31, 2020. He was 90.

The name is Bond, James Bond!

Connery's fame in Hollywood reached greater heights when he was cast in the role of British secret agent, James Bond. The American Film Institute selected his portrayal of the character as the third-greatest hero in cinema history.

The 6 ft 2 in tall actor re-appeared as Bond in Diamonds Are Forever (1971) and Never Say Never Again (1983). All seven movies of Connery became the box-office blockbuster and collected a combined of $792.3 million.

Many actors are afraid of being a typecast and the same happened with Connery. His sexy charm, rugged looks, and witty personality established James Bond as the most popular figure in cinema. It is almost shocking to hear that the actor grew tired of the role.

Connery went on to play in a variety of movies like The Man Who Would Be King, The Wind and the Lion, Murder on the Orient Express, etc. In 1987, he starred in Brian De Palma's The Untouchables, for which he received the Academy Award for Best Supporting Actor.

Death of "The Greatest Living Scot"

The global legend whose acting career spanned five decades died peacefully in his sleep in the Bahamas. His son, Jason mentioned that the actor had been unwell for some time. Following his death, several co-stars and celebrities paid tribute to Connery including Nicolas Cage, Robert De Niro, George Lucas, etc.

The first actor to play James Bond in the movie!

Connery's achievements include an Oscar Award, two BAFTAs, and three Golden Globes. In 1999, he received a lifetime achievement award in the U.S and was knighted in the 2000 New Year Honours. He was named The Greatest Living Scot and Greatest Living National Treasure of Scotland.