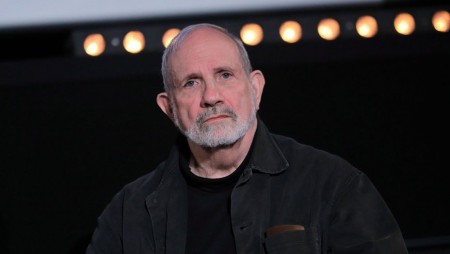 Who doesn't recognize the legendary Al Pacino and one of his famous dialogue: "Say hello to my little friends"? Well, when the crime drama, Scarface released in 1983, it garnered negative reception initially, but today it is one of the best gangster movies of all time and has become a cult favorite. And in this column, we will discuss Brian De Palma, who is an American film director and screenwriter.

Who is Brian De Palma?

The 78-year-old, Brian De Palma is often said to be a leading member of the new Hollywood generation of film directors. He is best known for his work in the suspense, psychological thriller, and crime drama genres.

His films garner frequent controversies because of their violence and sexual content. However, with a career spanning over 50 years, Palma has given major box-office hits such as Carrie, Dressed to Kill, Scarface, The Untouchables, Mission: Impossible, Body Double, etc.

Brian Russell De Palma was born on September 11, 1940, in Newark, New Jersey, the U.S. As of 2019, he is 78 years old, and his birth sign is Virgo. He was born to mother, Vivienne, and father, Anthony Federico DePalma, an orthopedic surgeon. Palma, who is of Italian ancestry, grew up with two elder siblings.

Talking about his education, Brian graduated from Friends' Central School. He later enrolled at the Sarah Lawrence College as a graduate student in their theater department in the early 1960s.

In the 1970s, De Palma went to Hollywood where he worked on bigger budget films. He has won one Academy Awards, one BAFTA Award, and one Golden Globe Award. Additionally, Palma wrote his first novel called Are Snakes necessary with editor Susan Lehman?

Talking about Palma's relationship status, he has been married and divorced three times. At the present moment, he is probably living a single life. Further, he has two children from his previous failed marriages.

In 2015, a documentary about Brian called De Palma was released which was directed by Noah Baumbach and Jake Paltrow. The film has an average rating of 8.1/10. For your information, Jake is the younger brother of actress, Gwyneth Paltrow.

Brian De Palma was first married to actress Nancy Allen. The former couple married in 1979 and just four years after their marriage, they divorced each other.

In 1991, he married producer Gale Anne Hurd, but after two years they separated in 1993. They shared one daughter named Lolita de Palma, born in 1991.

Later in 1995, Brian married his third wife, Darnell Gregorio and separated with him in 1997. They also shared one daughter named Piper De Palma who was born in 1996.

Apart from his marriages, Palma also had a relationship with a few women. In the past, he dated Margot Kidder, Carole Mallory, Tessa Dahl, Betty Buckley, and Beth Broderick. Besides, there is no additional information about his affairs.

As of 2019, the renown film director and screenwriter, Mr. Brian De Palma has a net worth of $40 million. He made a stupendous fortune by writing and directing suspense and crime thriller films such as Carrie, Dressed to Kill, Scarface, etc. Most of his movies are major box-office hits.

Apart from the feature film, Palma also directs short films and documentaries. Here take a look at some of his movies box-office collections.

De Palma is often cited as a leading member of the New Hollywood generation of film directors. Throughout his career, Palma has maintained impressive earnings.

Palma purchased a beautiful house for over $3 million on a Pantigo Road flag lot in East Hampton. The 3,500-square-foot house was built in 1999 and had four bedrooms and four and a half bathrooms.

In March 2016, he bought a second unit at fifth avenue in Greenwich Village. He already owns an apartment on the Gold Coast building where he's lived since at least 1989.