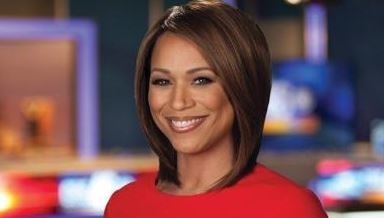 Award-winning journalist, Shon Gables is a known name in the field of Journalism. She is currently an evening news anchor at WGCL-TV in Atlanta who previously served in the various organizations within multiple posts. Her most recent deeds include serving a key role in CBS46's Super Bowl LIII coverage and Pride Parade.

Shon was born and raised in the United States, however, her exact date of birth and place is still disclosed. She holds a degree in economics from the University of Oklahoma and also later earned her MBA from Louisiana Tech University in 2019. Prior to serving as the journalist, she previously served in the United States Army Reserves for seven years.

The talented journalist, Gables found her love life back in 2008 at that period of time she was so disturbed due to her personal matter. So, Anthony Robinson was there for her to take care of at that time.

Quickly they found each other very much close and started dating. Within a year of their dating life, they decided to take their relationship further.

In 2009, the duo exchanged wedding vows among their family and friends. As of now the pair are together for over a decades and seems very much happy with each other. From their decade long relationship, they are parents of one child, Peyton Anne whom they welcome in August of 2010.

Furthermore, there are no rumors of extra-marital affairs regarding the pair and are supporting each other in every way possible. The two are often seen uploading one another's photos on their respective social media account where they seem spending quality time and having fun.

Shon has not only been highlighted with her award-winning deeds but she also frequently came to limelight due to her relationship and affairs. She has been married three times until now.

Her first husband, Bryan Abrams was a former Color Me Badd singer who is currently working at the Oklahoma City tire store.

The duo first met during an event of Miss Black OU pageant where Gables was competing while Abrams boy groups were performing during intermission. After the first meeting, they exchanged their contact and soon started dating. In 1992 hey exchanged their wedding vows at that time Bryan was in his height of career.

Sadly after enjoying nuptial life for some years they get separated and according to Shon the reason for their split was her pregnancy. However, the couple fought in court for several years regarding the child support issues but ended up in mutual understanding.

Similarly, she was again highlighted after $250,000 judgment was made against Gables to her second of three husbands, Peter Klamka on 23rd Oct, 2013.

The reason for charging against her was she maliciously contacted the police about the Plaintiff, Peter and provided them with false information which led to his arrest.

However, all of their issues ended up in 2014 with a mutual understanding. Gables shares one child with the Klamka from their marriage.

The Net Worth of Shon Gables

The talented news anchor has estimated net worth of $600,000 which hasn't been officially confirmed yet. However, being one of the hardworking personality her fortune surely falls in the same number.

Another news anchor like Sheba Turk and Frances Rivera has the fortune of $500,000 and $3 Million respectively.

As a news anchor of WGCL-TV, she is earning over $60,000 annually. Previously working as the reporter to various organizations she has earned over $1 Million only in salary.

Similarly, she has served in United States Army Reserves for seven years and has gathered over $50,000 as a salary. Further, she is living a well-settled lifestyle with her three kids and her husband.