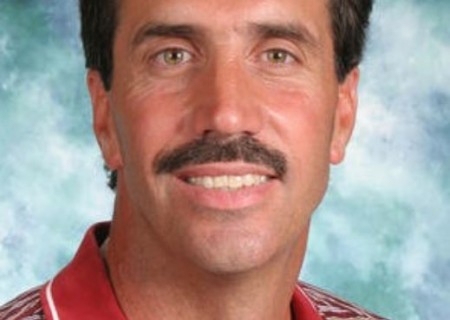 Sid Bream is a former American professional baseball first baseman who spent 14 years in the Major League Baseball (MLB). Sid played for teams like Los Angeles Dodgers, Atlanta Braves, Houston Astros, and Pittsburgh Pirates. He is mostly remembered for his score in the 1992 National League Championship Series which sent the Atlanta Braves to the World Series. Bream currently works as a motivational speaker.

Sidney Eugene Bream was born on August 3, 1960, in Carlisle, Pennsylvania, the United States. He attended Liberty University in Lynchburg, Virginia, where he graduated with a degree in Physical Education. While studying at the Liberty, Sid played collegiate summer baseball with the Falmouth Commodores of the Cape Cod Baseball League. He has a brother named, Sheldon Bream.

The 60-year-old, Sid Bream has been married to his wife, Michele Bream for over 34 years as of now. They share five children including one adopted daughter. Sid and Michele has three boys, Michael, Tyler, and Austin.

Likewise, they have two daughters, where one of them is adopted and is Russian. Further, Sid and his wife, Michel are grandparents as well. They reside in Zelienople, Pennsylvania.

Sid's sons followed in his footsteps in the sports industry. Meanwhile, the former baseball player now works as a motivational speaker. He spent most of his time in churches, youth groups, and schools across the United States. Do you know Bream's sister-in-law is Shannon Bream who works for Fox News as a journalist?

There is no exact information about Sid Bream's net worth. However, the former baseball first baseman might have a net worth of $1 million. He played baseball from 1981 until 1994. Bream's last contract was in 1994 where his income was $300,000.

The average baseball player's salary can vary widely. As per reports, the MLB players receives around $3 million per year. However, top professional players can even earn up to $25 million. He is now a motivational speaker and conducts frequent clinics for young baseball players. Further, players like Mike Stanton and Chris Shaw also collected a decent wealth from their baseball career.

Sid Bream began his MLB career with the Los Angeles Dodgers in 1981. He was traded to the Pittsburgh Pirates in 1985 and became a Free Agent in 1991. Then he signed a 3-year contract with the Atlanta Braves. Again in 1994, Sid became a free agent and signed with the Houston Astros. After 14 years of a baseball career, Bream retired in 1995.

Bream is mostly remembered for his iconic slide in the 1992 National League Championship series. He slid home to give the Atlanta Braves a 3-2 victory over Pittsburgh. At present, Sid works as a motivational speaker. Also, he serves as the spokesman for Christian Sports International (CSI), a faith-based charity based in Pittsburgh.