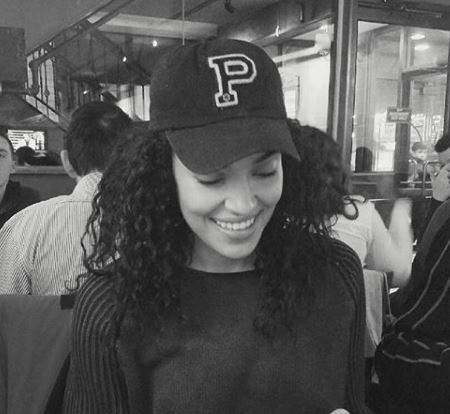 Sierra Pippen is an American celebrity who is famous for being the daughter of an American basketball player, Scottie Pippen and his ex-fiancee, Yvette DeLeone. Well, Scottie played 17 seasons in the National Basketball Association (NBA) for which he earned six NBA championships with the Chicago Bulls.

She was born on February 17 1995, in the United States of America. Her paternal grandparents are Preston Pippen and Ethel Pippen. Further, she has 7 half-siblings named Taylor Pippen, Sophia Pippen, Antron Pippen, Scotty Pippen Jr., Preston Pippen, Justin Pippen, and Tyler Roby Pippen (died in 1994). So far, she is a graduate of the University of Iowa.

Does Sierra Pippen Has Boyfriend?

The 25 beautiful celebrity daughter Sierra is reportedly an unmarried lady. She has not officially declared having a love affair with anyone. Thus, she is neither dating anyone nor has a boyfriend right now.

However, Pippen continues shares hanging out photos with different guys on her social media account.  But she is yet to post ha cosy picture with her boyfriend. Thus, she is living a happy single life.

Her Parents' (Scottie and Yvette) Were Once Engaged

Yes, her dad, Pippen and mom, DeLeone were never married. But they enjoyed their love romance before they break up in the Spring of 1995.

The former fiancee had engaged after dating for a year. In 1995 they then welcomed Sierra. They call off the engagement after their incident of domestic abuse in which Pippen was arrested. During that time, Sierra was just 3 months.

But DeLeone later fought back against him after taking him to court, demanding child support. And the NBA alum lost the lawsuit, seemingly settling the matter by paying a large amount.

Her Dad, Scottie Is Married For Twice

Well, the 6 ft 8 in tall football star Pippen has a long history of dating with many various girls. But he has been married two times in his life. Altogether, he shares eight children with four different women.

His first marriage was with first wife, Karen McCollum from 1988 to 1990. They also shared a son named Antron, born in 1987. Afterwards, he went to marry Larsa Pippen on July 20, 1997, after three years of long dating. Their big day took place in Chicago at the First United Methodist Temple.

The couple has four kids: sons ScottyJr., 19, Preston, 18, Justin, 14, and daughter Sophia, 12. However, in 2016, Scottie filed for divorce, accusing Larsa of cheating on him with the rapper Future. But she denied the accusation.

Later, they somehow managed their marital life. But again after two-years in 2018, Larsa filed for divorce. But as per TMZ, the duo has yet officially finalized their divorce, the case is technically active.

Further, Scottie had twin daughters Taylor and Tyler (born 1994) with his model ex-girlfriend Sonya Roby. But sadly, Tyler died nine days after birth in the hospital.

At the current moment, there is no information regarding her profession. But, she must be living a rich lifestyle. However, her dad, Scottie Pippen has a net worth of $20 million as of 2020.

During the time in NBA, Scottie takes home around $109 million as salary alone. Pippen has also made his endorsement deal with the highly renowned sports company Nike.

Sierra made headlines when she was arrested in April 2015 for drunken urinating in a hotel lobby. She was reportedly entered the Sheraton Inn lobby at 1:30 am in Iowa City, Iowa.

Police said she was urinating on the floor and then left. Thus, she was charged with public intoxication and urination. But the next day she'd been released with a $500 guarantee. However, two weeks earlier on 10 April she was reportedly arrested for battling with the same hotel security.

For more details on celebrity daughters, do visit Married Celeb!!!