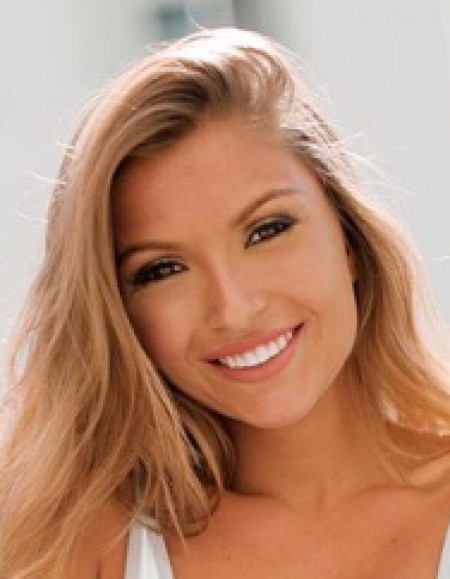 Who is Sophia Beverly?

Sophia Beverly is a sensational model and Instagram star who prominently rose in limelight due to her seductive body figure. More than that, she gained wide recognition after beginning a romantic affair with sensational poker player Dan Bilzerian.

Sophia Beverly was born in the United States on April 26, 1996. She currently is 23 years of age. Moreover, she holds an American nationality and belongs to white ethnicity. Further, her zodiac sign is Taurus.

Beverly graduated from South Fort Myers High School and went to attend college at the Florida International University. Sofia has not much disclosed about her family or her early life.

After her graduation, Beverly pursuit modeling career. Eventually, she landed as a swimsuit and lingerie model which reportedly brought her name and fame. Likewise, Beverly worked with many of the brands all through her career. On Instagram, she started gaining huge followers due to her spectacular body figure.

Sofia not only obtained her name from modeling, but it's also way deeper then what we know. As of now, Sophia is unmarried. But, the young lady is in a relationship with her man. She is in deep love with sensational social media star and poker player Dan Bilzerian.

Her boyfriend Bilzerian is 16 years elder than this steamy model, However, age is just a number when it comes to love affair. The lovely couple met back in 2017 at a pool party and their love took an acceleration.

Yeah. Got a girlfriend. First time. Well, I had a girlfriend before, but I was still f****ing other girls.

Still, the sensational celebrities are together spending a luxurious lifestyle without any news and rumors of domestic dispute and separation.

Sofia has a steamy body figure. She has ably maintained her physics by following a strict diet and her fitness regime. She posses a height of 160 cm and has a healthy weight of over 50 kg. Similarly, she looks astonishing with blonde hair and brown eyes.

Sofia garners a good income as a swimsuit model. She makes handsome earnings from her career. Apart from that, Sophia brands some of the well-known enterprise Manscape. She officially endorsed for the watch company giant Kowatches from which she is probably earning a decent paycheque.

Being engaged in the same profession, model Arissa LeBrock also makes a good income branding lingerie wears akin to Beverly. Both of them are leading icon to the fashion world.

As a prominent model, Sophia earns a hefty amount of over $66,000 annually. Likewise, her partner Dan possesses a whooping asset of over $100 million. The rich couple lives in their multi-million mansion affording some of the finest affluence to their life.